WWF: Malaysians ‘Don’t really Care’ about Sharks. They Should 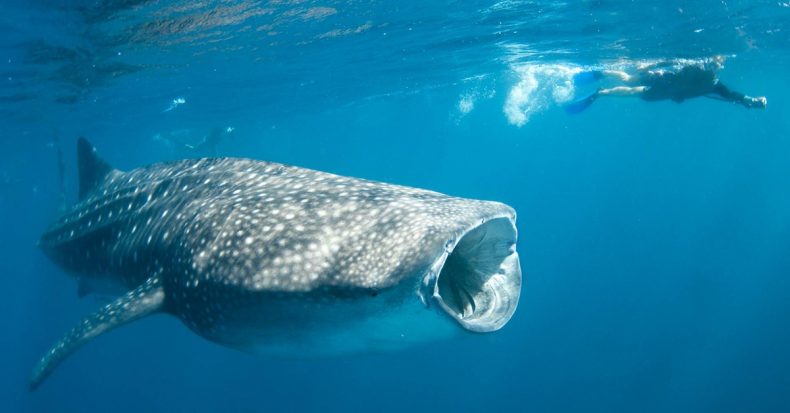 Whale sharks are the only protected species of shark in Malaysian waters. They are harnless to people. Photo Credit: Wikimedia Commons

The question is: “Do Malaysians really care about Sharks?” The answer, according to WWF-Malaysia, is disheartening: not that much.

“Apart from encounters shielded by glass thicker than the Great Wall of China,” the conservationist group posits, “Malaysians’ emotional involvement with sharks has been mostly recreational or gastronomical,” it explains.

In other words, many Malaysians like to look at these majestic creatures in aquariums. Many of them also like to eat them, or at least their fins. They appear rather less enthusiastic about saving wild sharks in the waters of Malaysia, where these predators have fallen on hard times as a result of habitat loss and overfishing. “This is [a] very frightening circumstance, not for us, but for the sharks … and ultimately the very ecological cycle of this beautiful planet,” WWF-Malaysia notes. 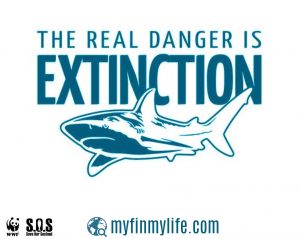 The country boasts 63 species of sharks, of which only a single species – the whale shark – is protected under the country’s Fisheries Act of 1985. The rest of them often remain at the mercy of fishermen whose callous treatment of these marine animals has made headlines recently. In late July, for instance, Swedish divers captured images of a small fishing boat laden with newly caught sharks, providing further tangible evidence of regular shark fishing in the state. A few days prior, other images emerged on social media showing several finned shark carcasses floating in the bloodied water of a bay at the village of Mabul in Semporna, near the world-famous diving spot of Pulau Sipadan.

Meanwhile, Malaysia has long been a leading global producer and importer of shark products. That is a shame. By important vast quantities of shark parts, the country is helping drive not only local but also global populations of these vital animals to the brink of extinction. That’s ultimate self-defeating, for protecting sharks means saving not only the endangered animals themselves but also entire marine ecosystems. As top predators, sharks routinely play pivotal roles in those ecosystems,  be they located at mangrove forests to coral reefs to open seas.

To its credit, Malaysia’s government has made tangible efforts to save the country’s sharks. It has just set aside a large swathe of the sea off the coast of northern Sabah as a protected area, which is home to whale sharks, bamboo sharks, black-tip reef sharks and a variety of other species of reef sharks. Conservationists, too, have been doing their bit to raise awareness of the plight of sharks in Malaysia and elsewhere. WWF-Malaysia has been spearheading the “My Fin My Life” campaign in a bid to try and wean Malaysians off consuming shark fins and other shark products once and for all.

As part of that campaign, the conservationist group is gathering signatures for its efforts to convince hotels and restaurants around the nation to stop serving shark fin soup, a status dish frequently served at weddings and banquets. So far, despite a publicity campaign, a mere 25,000 signatures from Malaysians have been added to the list, which indicates that most citizens do not really care about sharks, or at the very least do not know about their dire situation.

Ironically, many Malaysian only know to fear sharks, even though attacks on people in Malaysian waters have been exceedingly rare. According to a recent poll, more than a third (35%) of beach-going respondents professed to be afraid of being attacked by sharks, albeit there have been only a mere three reported incidents of attacks by sharks on people since 1968, and not one of them was lethal. 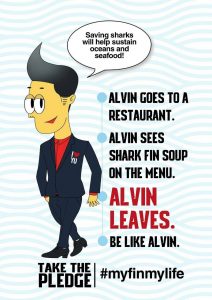 Needless to say, sharks have a lot more cause to fear us than we have to fear them. That is why it is dispiriting how little public support there seems to be for the campaign led by WWF-Malaysia to try and protect the embattled animals better in local waters.

“We started My Fin My Life campaign in January 2016 with the hope for 1 million pledges saying no to shark fins by July 2016. However, Malaysians seem to be indifferent to the fight to save sharks,” notes Dionysius Sharma, WWF-Malaysia’s executive director/CEO. “Hence, we decided to extend the campaign’s deadline until Dec 31, 2016 but individual pledges are still coming in very slowly.”

Do you care about sharks? If you do, please show it by signing the pledge.