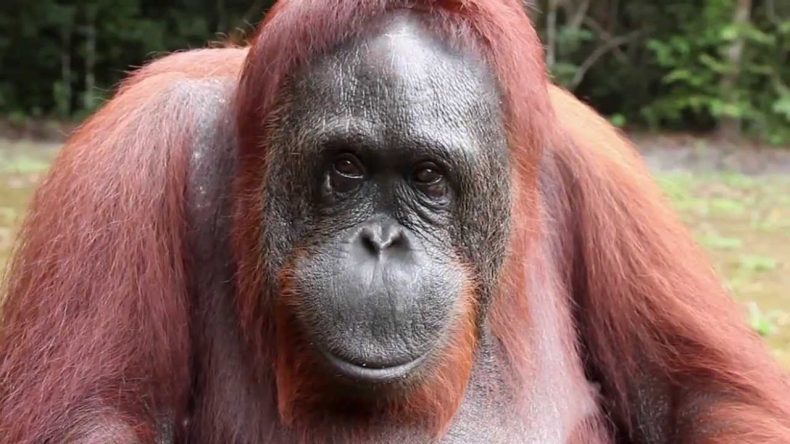 Orangutans have been the victims of a hitherto undetected illegal trade in them, a new database has revealed. Photo Credit: YouTube

Some reports are like daggers to the heart. A case in point is a new report that notes that the illegal trade in great apes, including Borneo’s orangutans, has been much worse than previously assumed.

According to the Great Apes Survival Partnership (GRASP), an alliance of more than a hundred NGOs and governments aimed at saving great apes in the wild, more than 1,800 great apes have been seized from illegal traders since 2005. Alarmingly, the trade went undetected for over a decade until its extent was revealed through the Apes Seizure Database, which was launched at the 17th Convention on International Trade in Endangered Species (CITES) Conference of the Parties on September 29 in Johannesburg, South Africa.

“Seizure records in the database date back to 2005, and include any removal of great apes from unlawful situations,” GRASP notes. “Seizures were recorded in 23 nations, almost half of which were non-range states from Asia, Europe and the Middle East,” it adds. 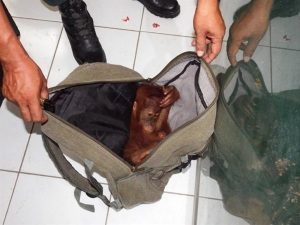 An illegally traded baby orangutan is discovered in a backpack by officials. Photo Credit: GRASP

Worse: More than 90% of all recorded seizures took place within national borders, which means they were left unrecorded in widely used illegal trade databases managed by CITES and other regulatory agencies. “As a result,” notes GRASP, “the trade in endangered and critically endangered great apes was dramatically under-reported.”

Orangutans, which are increasingly endangered owing to habitat loss and poaching in Indonesia and Malaysia, comprise 67% of all entries in the Apes Seizure Database, which was created by the Great Apes Survival Partnership, in collaboration with the United Nations Environment-World Conservation Monitoring Centre, comprising data from GRASP’s members. Most of the illegally traded orangutans, GRASP explains, were “flushed from the forests and easily absorbed into the illegal pet trade by the massive expansion of agricultural industries such as palm oil and pulp and paper in Borneo and Sumatra.”

“For too long, the illegal trade in great apes was anecdotal, and therefore difficult to judge in terms of scale and scope,” said Doug Cress, the alliance’s program coordinator. “But with the Apes Seizure Database, the numbers are plain to see. It doesn’t take long to identify areas of concern in Africa or Asia, or recognize that critically endangered species are in extreme danger.”

And make no mistake that danger is indeed extreme with the hitherto undetected illegal trade in endangered apes now understood to compound the well-known threat of habitat loss in Borneo and Sumatra. “Any illegal trade in great apes — whether it crosses international borders or not — needs to be considered a very real threat to the survival of these endangered species,” UN Environment executive director Erik Solheim commented.

“I visited Borneo recently and saw for myself the incredible pressure orangutans are under from habitat loss, and African apes are equally stressed,” he added. “Illegal trade can only push them all that much closer to extinction, and it needs to be stopped.”

It does need to be stopped.