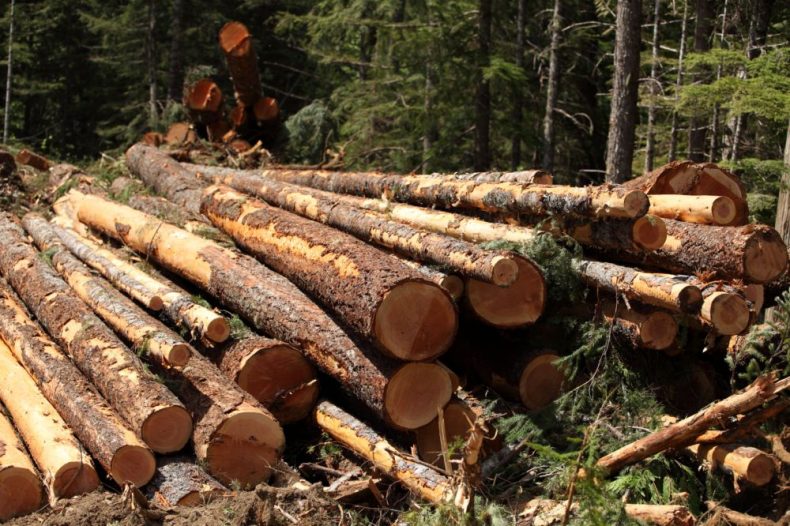 A community of indigenous people in Kelantan is up in arms and not unjustifiably so. Members of the Kelantan Network of Orang Asli Villages (JKOAK) blockaded roads to an area of the Gua Musung forest reserve, which they consider their ancestral land. The reason: they want to stop loggers decimating the local forest. An intense stand-off ensued between loggers and indigenous activists.

“I cannot say how long we will be here but my friends and I will continue this blockade as long as the loggers don’t leave, as long as the forest clearing and logging doesn’t stop,” JKOAK’s secretary Mustafa Along told a news agency. “Our demand now is that for the state government to open their eyes, listen to our complaint and stop and withdraw all the (logging) licenses. As long as there is logging, our blockade will continue.” 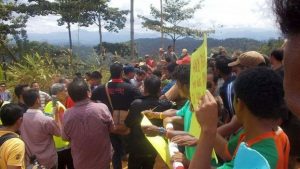 Irate loggers reportedly retaliated. In one incident a logger wielding a chainsaw was caught on camera attacking a bamboo blockade erected by indigenous activists. He also reportedly fired shots at the protesting locals. “A vehicle with two people inside stopped in front of us, and one took out a rifle and fired,” one indigenous activist recalled. “After that, we didn’t have a chance to take a picture, we ran down into the forest. He got down, he put in another round and he fired again.”

At issue are allegations that state officials have granted logging licenses to the area’s Permanent Reserve Forest and have done so without consulting indigenous communities. “It is baffling how the loggers obtained licenses for felling logs in Permanent Reserve Forest (PRF), when the land was purportedly meant to be conserved for ecological services such as water catchment protection and soil stabilization,” wondered Lua Choon Hann, an official with the Malaysia Chinese Association Kelantan Liaison Committee.

Officials have denied that large swathes of forest have been cleared in the area and insisted that the local orang asli community had no ancestral rights there. “Actually, orang asli have no reserve land in Kelantan. In the state, orang asli living in forestry areas are considered squatters,” insisted Natural Resources and Environment Minister Wan Junaidi Tuanku Jaafar. “They are not the owners as the land belongs to the state,” he added. “I can understand if you assume that place belongs to you, then you will fight for it. But they are doing it wrongly.”

According to press reports, an area the size of 7,248 hectares in the 600,000-hectare permanent forest reserves has been illegally cleared by settlers around Kelantan state over the past decades. Conservationists argue that although Wan Junaidi may be right about the legality of the issue, he is wrong about its ethical implications.

“The land may not have been gazetted as ancestral land but the state government should be tolerant of the villagers,” Isa Ab Hamid, a senator who is a proponent of orang asli rights, said, according to The Star. “Be humane,” he urged officials. “The jungle is what they rely on for food, water and shelter.” 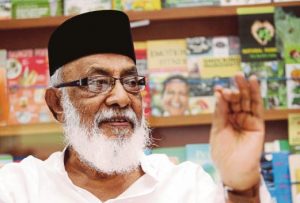 Environmentalists have seconded those sentiments. They have also warned that continued logging was bound to have severe environmental impacts for locals. “Logging will pollute streams and impact the natural habitat as well as wildlife, resulting in less food and affecting the source of clean water for drinking,” said one environmentalist, Prof Maketab Mohamed. “In short, their traditional way of life will be disrupted.”

A prominent environmentalist, meanwhile, accused local authorities in Kelantan of aiding the illegal loggers following reports that local police officers were seen in the company of settlers. “We are worried about the allegations made by the people that the Forestry Department staff and the police had travelled together in private vehicles with the company representatives to the blockade site,” stressed Mohamed Idris, president of Sahabat Alam Malaysia (SAM).

“The Orang Asli protesters must not be harassed or threatened with arrest for protecting their customary land from encroachment,” he added. “The people’s actions fall well within their constitutional rights, the freedom to assemble peacefully and the right to protect their property.”

Agreed. We might also add that those forests are the rightful property not only of locals but of all Malaysians. Local trees must be preserved for the benefit of the entire country. Treating trees as nothing but commodities has gone on for too long in Malaysia. The practice must stop.