Can Peat be converted ‘Sustainably’? No Way! insist Scientists 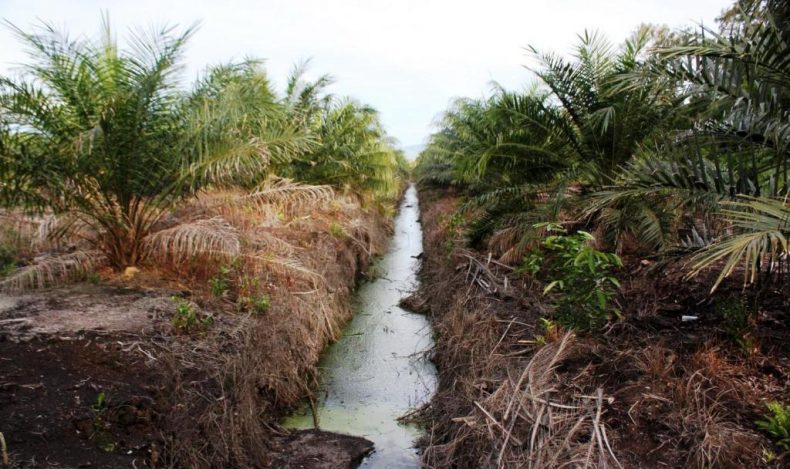 When plantations take the place of natural peat lands, the result is never beneficial to the environment. Photo Credit: phys.org

The debate has erupted after several scientists from the state government-sponsored think tank Tropical Peat Research Laboratory in Sarawak presented their views at a conference – organized by the International Peatland Society, last August in Kuching, Sarawak – that the common practice of draining peat swamps in Malaysia and Indonesia need not be necessarily harmful to the environment so long as it is done right. That right way involves compressing the soil via a method known as “peat compression,” which can help eradicate rampant fires and the subsequent haze from smoldering peatlands. The method involves flattening the wet soil and can also lower carbon emissions from peatlands converted into plantations, the Malaysian scientists argued.

“Not so!” retorts another group of scientists, 139 in all, who have published an open letter in the journal Global Change Biology to refute those claims. These scientists, from Britain, Indonesia and Singapore, roundly dismiss the idea that peatland conversion can be made environmentally sustainable as “scientifically unfounded.” “[N]one of the agricultural management methods applied to date have been shown to prevent the loss of peat and the associated subsidence of the peatland surface following drainage,” they insist.

Scientists who believe otherwise “are holding on to the scientifically unfounded belief that drained peatland agriculture can be made ‘sustainable’, and peat loss halted, via unproven methods such as peat compaction,” insisted one of the objecting scientists, Lahiru Wijedasa, an expert on tropical peatlands at the National University of Singapore. “Their insistence undermines the efforts taken by Indonesia, and other Indonesian and Malaysian agri-businesses, in working with independent scientists towards a sustainable solution,” he added.

According to studies, these scientists observe, the physical compaction of peatland can wreak great environmental damage, for instance by allowing an area to become prone to intense flooding and drainage problems. Peatlands, they say, should not be cultivated in any way but rather protected with their unique ecosystems at all cost. The organic substance in the waterlogged soil of peatlands is a finite resource and so must not be depleted.

Yet depleting that very resource Malaysia and Indonesia have been as palm oil cultivators have been increasingly eyeing peatlands for new plantations. Once peatlands are drained, they become highly inflammable and fires set on them in land clearing can burn for weeks at a time, releasing massive amounts of noxious fumes. In addition, dry peat has been proven to oxidize and release large amounts of carbon dioxide into the atmosphere. In short, the notion that peatlands can be exploited for agriculture in an environmentally friendly way is not science; it’s pseudoscience.