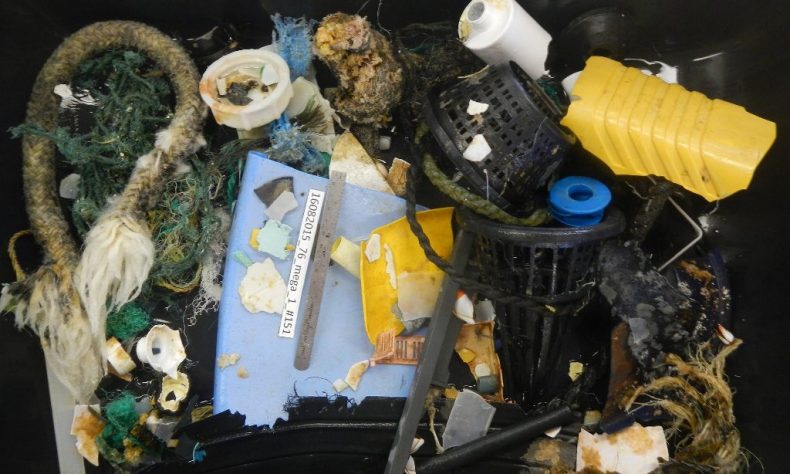 There’s a lot of plastic trash in the world’s oceans – that we have known. Turns out, though, that there is even more of it than we’ve thought. That is according to a Dutch foundation, which is planning a major clean-up operation of flotsam and jetsam as of the year 2020.

Members of the Ocean Cleanup Foundation surveyed a patch of sea in the Pacific Ocean, using a modified C-130 Hercules plane equipped with LIDAR (laser) scanners and multispectral camera technology. Their intent was to see how bad the problem was. They found that it was worse than they had expected. 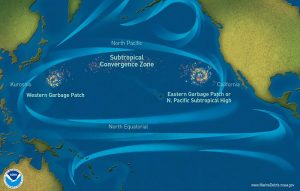 “[The] first-ever aerial survey of floating ocean plastic provided confirmation of the abundance of plastic debris sized 0.5 m/1.5’ and up,” the Ocean Cleanup Foundation writes on its website. “While the flight plan took us along the Northern boundary of the patch, more debris was recorded than what is expected to be found in the heart of the accumulation zone. Initial estimates of the experienced observer crew indicate that in a span of 2.5 hours, over a thousand items were counted.”

In other words, the density of rubbish was higher than it had previously been estimated. And much of it was clearly visible to the naked eye when observed from a bird’s-eye view. “It was bizarre to see that much garbage in what should be pristine ocean,” a member of the team observed.

The surveyed area was part of the Great Pacific Garbage Patch, a vortex of trash created by winds and currents. The accumulation of floating waste into large swirling swathes (five in all) in the oceans has led to a growing environmental crisis around the planet. These giant vortexes of plastic waste are constant reminders of people’s wanton pollution of the Earth.

They also pose an imminent danger to marine life. Animals can get entangled in various bits of plastic or else swallow them. Recently, for instance, scores of beached whales were found to have large quantities of plastic in their stomach. Untold numbers of birds, turtles and fish have likewise suffered from the extensive – and growing – amounts of plastic trash in the world’s seas and oceans.

And it’s not as if we’ve done polluting our planet. Rather, we keep dumping yet more plastic into the seas, and vast quantities of it. At this rate, according to the World Economic Forum, by 2050 there will be more plastic in the oceans than fish.

Now consider this: The Great Pacific Garbage Patch, which is located in an area that lies between Hawaii and California, has alone been estimated to take up as much as 15 million square kilometers. Its dense heart of waste is the size of around 1 million square kilometers. By contrast, Peninsular Malaysia is a little over 130,000 square kilometers. That is to say, this single swirling patch of plastic rubbish, to which Malaysians themselves have helped contribute by being among the leading per capita plastic polluters of the planet, dwarfs the country. In fact, according to the UN, the Great Pacific Garbage Patch has grown so vast that it is becoming visible from space. 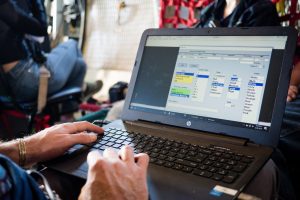 Modern technology will come in handy for the cleanup of our oceans. Photo Credit: Ocean Cleanup Foundation

The pieces of plastic trapped in such floating patches of waste range from tiny microbeads to large objects. “Most of the debris [we observed] was large stuff,” a member of the Dutch surveillance team noted. “It’s a ticking time bomb because the big stuff will crumble down to micro plastics over the next few decades if we don’t act.”

Luckily for us, there are people who are indeed willing to act. The Ocean Cleanup Foundation, which is partly funded by the Dutch government, is developing advanced technological tools to try and clean up at least some of the plastic waste befouling our oceans. The plans involve extracting most of the plastic debris through a series of environmentally friendly screens that trap plastic but let marine animals through. Once the trash is collected, it can be shipped to be recycled or sold.

Such creative scientific solutions and technologically advanced tools will be essential as we set about cleaning up the mess we’ve made in the world’s oceans. “Our passive cleanup units are designed to capture virtually any type of debris,” the foundation explains. “Models show that by utilising vast rotational ocean currents, cleanup systems with a combined span of 100km can harvest almost half the Great Pacific Garbage Patch in 10 years.”