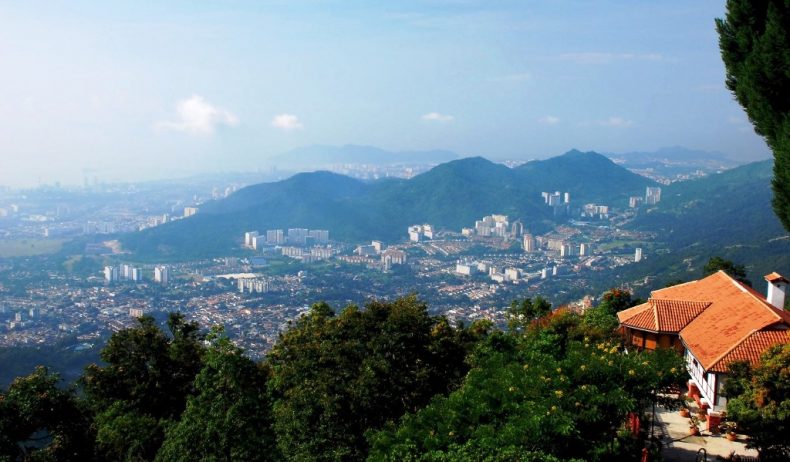 Penang Hill designated as a UNESCO World Heritage site. That’s what Universiti Sains Malaysia researchers want and rightly so. The 500 hectares of the hill boasts unique endemic species in an ecosystem that deserves to be declared a UNESCO Biosphere Reserve, the better to protect it.

“In two brief surveys we conducted, we have discovered a plant, an ant and a spider that are unique only to the hill range,” senior lecturer and biologist Prof Dr Siti Azizah Mohd Nor said at the First Penang Hill Biodiversity Study Symposium held on campus, adding that she and her colleagues are working on a report to submit to UNESCO soon. Penang Hill is home to a dipterocarp forest with submontane oak-laurel and coniferous trees, which may harbor as yet undiscovered species of insects and other animals, she noted.

Those incredible natural legacies are coming increasingly under threat, however. The ceaseless reclamation of green areas for development has raised the prospect of an environmental catastrophe in the scenic island, insists the environmentalist group the Association for the Protection of Natural Heritage of Malaysia (Peka). “The hill-clearing activities have caused the environment in Penang to be in a critical situation,” the nonprofit’s president Shariffa Sabrina Syed Akil, a Penang native, recently stressed. “The hill-chopping must stop now. Enough is enough.”

Enough definitely is enough, and many locals on Penang agree. To protect hillside forests from further encroachment, the Penang Forum civil society group is setting up Penang Hills Watch, an online platform where local citizens can report cases of illegal hill clearing activities. The initiative seeks to enlist locals for protecting the island’s natural environment. “PHW aims to create awareness about hill clearing issues in Penang and involve the public in reporting such sightings,” said Dr Kam Suan Pheng, a member of Penang Forum.

Penang Hill, a hilly mass of granite known locally as Bukit Bendera, comprises several peaks with the highest being Western Hill, which stands at 833 meters above sea level. The hill is largely covered in thick forest and is home to a large variety of flora and fauna. It’s also home to several tourist attractions, including local heritage sites, viewing decks and several retreats. Much of the hill is protected from development, but environmentalists have warned of the possibility of surreptitious encroachment by developers on underdeveloped areas on some of the hillsides.