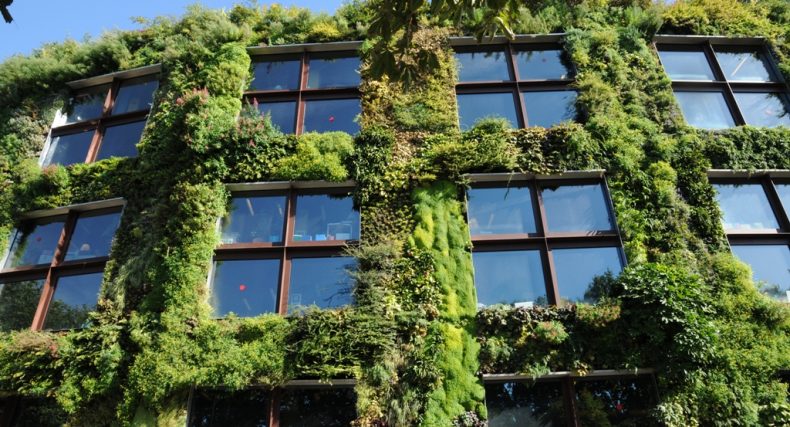 Covering buildings in vegetation can have a whole host of benefits for urban areas. Photo Credit: Shutterstock

Urban areas almost always come at the expense of natural environments. Where clusters of houses rise and stand ever thicker on the ground in densely populated urban areas, trees and vegetation invariably disappear with nothing but little parks remaining here and there as beleaguered little vestiges of green. A case in point for this state of affairs: Kuala Lumpur.

Their general absence makes any remaining patches of green highly prized in cities like KL. The problem, of course, is that space is at a premium in densely populated cities, especially in downtown areas, and so grass, trees and shrubs cannot but lose out to stone, steel and glass in competition for it. But greenery can make a comeback even in the densest urban clusters of skyscrapers and high-rises. That is because even if vegetation does not have much space to grow horizontally in a landscape dominated by asphalt and stone, it can be allowed to re-grow vertically – on the side of buildings, that is. 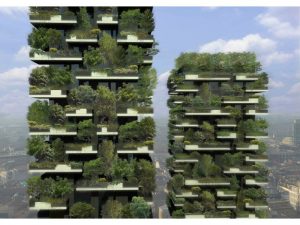 By retrofitting buildings with vegetation (such as in the style of hanging vines), we can make cities a whole lot greener – both literally and figuratively. These green facades (“building envelopes” in industry parlance) can not only raise residents’ quality of living but also drive sustainability. “Green building envelopes can help to reduce the urban up-heating (heat island effects), filter fine dust on the streets and reduce noise levels,” explains architectural design firm Arup, which has conducted a comprehensive study on the benefits of re-greening urban areas.

For starters, in tropical cities like Kuala Lumpur, green buildings could lead to up to 10 degrees Celsius in temperature reductions by significantly decreasing the heat island effect. That could also help save residents plenty of energy since heat islands can affect communities in a variety of negative ways: by boosting peak energy demands day and night; by driving up air-conditioning costs; by increasing air pollution and greenhouse gas emissions; by triggering heat-related illnesses; and by worsening water quality.

“We now have the opportunity to rethink how cities can improve green infrastructure and, at the same time, help to reduce energy consumption, improve air quality and people’s wellbeing,” the researchers note.

They have found, for instance, that in tropical cities exposed to large amounts of sunshine a roof covered in vegetation could maintain the same temperature as the ambient air temperature, even as a normal roof can become boiling hot in the blazing sun with as much as a whopping 50 degrees Celsius increase in its temperature. (In other words, you can fry eggs on them, so hot do they become. That means no one in his right mind will want to spend any time on them, which makes these roofs wastes of otherwise valuable space.)

Meanwhile, because of the shade green coverings can provide, indoor temperatures can be markedly reduced too, thereby obviating the need for running air-conditioners at full blast all day long. In addition, green coverings on buildings can filter out pollutants from the air, thereby improving air quality. In fact, according to findings by the company, these pollutants can be reduced by as much as 20% between two buildings covered in plants on the outside. Needless to say, more plants also mean plenty more precious oxygen in cities. 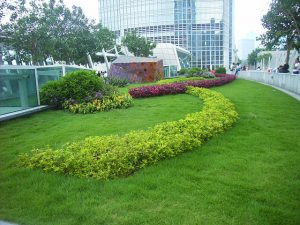 Rooftop gardens can do a world of good in tropical cities like KL. Photo Credit: Wikimedia Commons

And there is more: lush vegetation on the sides of buildings can improve water quality and alleviate the effects of flooding in the monsoon season. How so? By soaking up plenty of rainwater. Even better: people’s mood, too, will be lifted with all that greenery around them. Their work productivity will likely increase as a result.

Developers have long recognized the benefits of greening new buildings, especially of the pricey high-end variety. Merdeka PNB118, a 118-floor tower owned by Permodalan Nasional Berhad and set to be opened in 2020, will stand at 630 meters in Kuala Lumpur as the country’s tallest building. It will also be pretty green. Yet old buildings, too, can be retrofitted with vertical green coverings. These outward insulators of vegetation can then be maintained with relative ease thanks to modern technology.

In short, all we need to turn cities more eco-friendly, more pleasant, cooler, cleaner and quieter is to cover them in greenery.