Perak wants Citizens to Save its Sharks 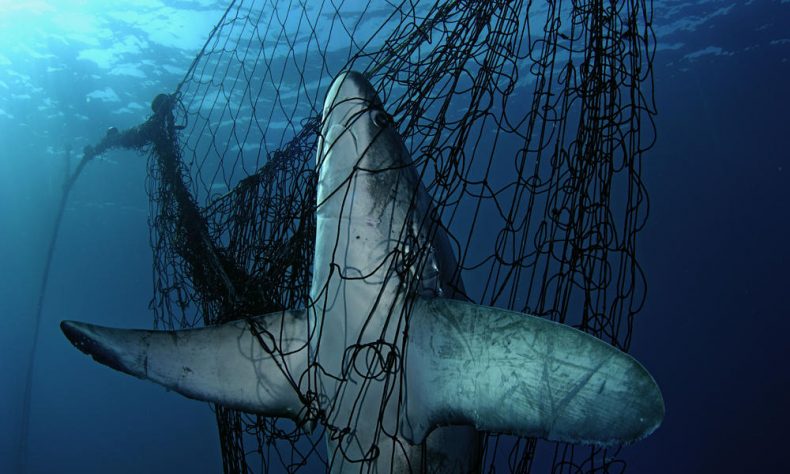 Sharks often end up as the unintended victims of fishing in Malaysian waters by getting caught in nets. Photo Credit: WWF

To save sharks, we have to know and understand sharks. Appreciate them more too. That’s the message behind a government-sponsored campaign in Perak, which seeks to educate locals, from fishermen to school children, about the embattled predators.

“We want to start by educating fishermen about the importance of shark conservation, down to the fishmongers, restaurant managers, hoteliers, and eventually the public,” explained Mohd Noor Noordin, head of Marine Resource Department Management and Conversation in the state. It’s hard to quibble with that.

He went on to say, however, that “Enforcing a (fishing) ban is not the solution, because the main concern is how we can ensure sustainable fishing practices to conserve and manage the population of sharks in Malaysia.” Now, conservationists might quibble with that, though. They might see “sustainable finishing practices” as merely code for the same old, same old, whereby sharks continue to fall victim to those fishing practice now simply rebranded as “sustainable.”

Malaysia boasts 63 species of shark in its waters, but of these only a single species – the whale shark – is protected under the country’s Fisheries Act of 1985. The rest of them often remain at the mercy of fishermen whose callous treatment of these marine animals has made headlines recently. In response, the Sabah Shark Protection Association (SSPA) has been calling for far more stringent enforcement of fishing laws in the state’s waters in order to protect sharks. The nonprofit was set up last year with the aim of protecting sharks: it participated in educational campaigns against the practice of finning and the sale of shark fin soup.

In Malaysia, sharks are rarely hunted directly, but they do end up as by-catch in fishing nets, which has led to a dramatic drop in their numbers. In Perak alone, at least 2,114 tons’ worth of sharks were caught last year, with 15 shark species among the victims, according to official records. Unofficially, the actual number could be far higher still.

That is why more responsible and truly sustainable fishing practices are vital for saving sharks and other endangered marine animals like sea turtles. “We need to manage our fisheries better through the adoption of the Ecosystem Approach to Fisheries Management (EAFM) and support sustainable seafood farming (aquaculture) as a promising solution in satisfying the demands of seafood without relying exclusively on wild fish stocks, which will eventually take a toll on oceans and marine life,” stresses SSPA’s chairman, Aderick Chong.

Sadly, many Malaysian consumers of seafood may not be receptive to this message of conservationism. Recently WWF-Malaysia has warned that many citizens remain apathetic about the issue, paying little mind to the fate of shark in the country’s waters. Here’s hoping that educational campaigns, like the one in Perak, will have an effect in winning more and more citizens, young and old, over to the cause of shark conservation in Malaysia.