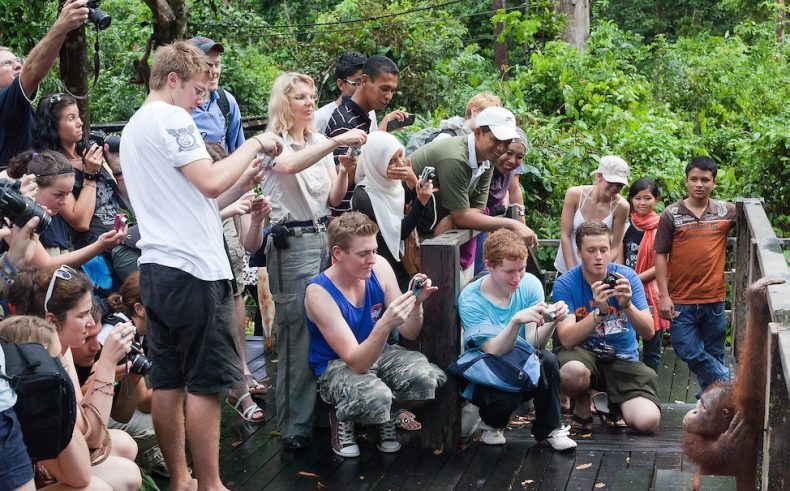 A group of tourists snap away at a long-suffering orangutan at the Orangutan Rehabilitation Centre in Sepilok, Sabah. Photo Credit: Quintin Lake

If you want to ride on captive elephants at elephant camps, or take pictures with captive tigers at tiger farms, or monkey around with captive orangutans at “wildlife parks” (though we most certainly hope you don’t want to do any such thing), then you can from now on forget about TripAdvisor.

The powerful online travel website, which has its own booking service, has decided not to sell tickets to animal attractions that feature any form of abuse or exploitation of wild and endangered species. Better yet: in partnership with leading animal protection organizations, TripAdvisor plans to create an educational portal for responsible wildlife tourism to inform users about animal welfare issues. 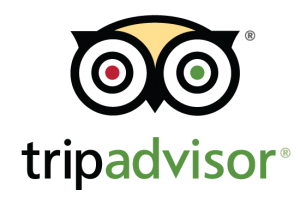 “We believe the end result of our efforts will be enabling travelers to make more thoughtful choices about whether to visit an animal attraction and to write more meaningful reviews about those attractions,” TripAdvisor’s chief executive and co-founder, Stephen Kaufer, said in a statement.

Animal rights activists have hailed the company’s decision. “By refusing to sell tickets to businesses that treat animals as entertainment or playthings, TripAdvisor is making a precedent-setting statement about the use and abuse of animals for entertainment,” stressed a representative of People for the Ethical Treatment of Animals (PETA).

For years animal welfare groups have been campaigning long and hard against the callous exploitation of captive animals for entertainment purposes in countries like Malaysia. Recently, for instance, the plight of a captive 36-year-old elephant at the Langkawi Elephant Adventures amusement park created an uproar, thanks to an expose by a leading local animal welfare group, Friends of the Orangutans (FOTO).

Sadly, however, the exploitation of animals for the benefits of tourists remains a lucrative business. Most of these tourists are likely unaware that the animals that they pet, ride or pose for photos with frequently need to endure prolonged maltreatment, neglect and outright abuse. Hopefully, once they do learn that, they will decide to give such places a wide berth, thereby helping drive them out of business.

Individually and collectively, we can all make a difference by refusing to patronize venues where cruelty to animals is commonplace (be they zoos, “wildlife parks,” or elephant camps). Corporations, too, can make a difference by refusing to promote them. That is why TripAdvisor’s decision is a welcome step in the right direction. Let us hope that many other travel sites, travel agencies, and tour operators will follow suit and likewise turn their backs on such places.