Wildlife Bans must be strictly Enforced 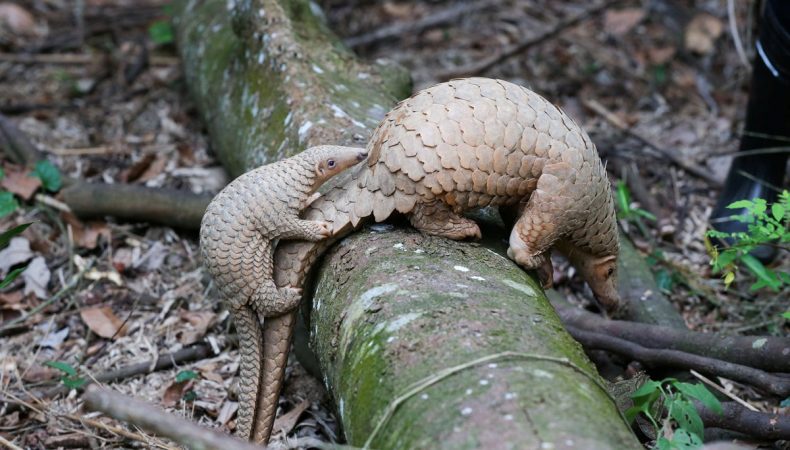 A Sunda pangolin mother with her baby in a forest. Photo Credit: Asia One

In a move hailed by conservationists as a major milestone, CITES has imposed a total worldwide ban on the sale of pangolins. Does that mean pangolins, including Malaysia’s own Sunda pangolins, are saved? That depends. 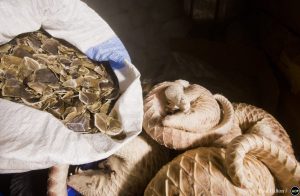 Pangolin bust, Medan, Indonesia, April 2015. Over 4000 frozen, 97 live and 77 kg of scale where confiscated during a WCS and national police bust of a wildlife trade. Photo: Paul Hilton for WCS

A ban will only work if it is enforced vigorously in countries like Malaysia. And in that regard, we have so far come up sorrowfully short. “[A] trade ban is only as effective as its enforcement,” Wong Ee Lynn, coordinator of the Green Living Special Interest Group, Malaysian Nature Society observes, and rightfully so. “According to the International Union for the Conservation of Nature (IUCN), the numbers of wild Sunda pangolins have decreased by half in the last 15 years.”

Make no mistake, in other words: Malaysia’s endearing ant eaters are at risk of being driven largely extinct in their home forests. In Peninsular Malaysia, pangolins are already extinct or very thin on the ground. They will be driven extinct in their last refuges in Sabah and Sarawak too unless drastic measures are taken to arrest poachers in their tracks.

Sadly, it’s not as if poachers themselves did not know that what they were doing was illegal and harmful. “According to [a] report by [the anti-trafficking watchdog] TRAFFIC, interviews with pangolin hunters in Sabah reveal that the hunters are aware of the illegality of hunting pangolins, and the critically endangered status of pangolins,” Wong Ee notes. “However, the hunters admitted that the lucrative price made it difficult for them to stop hunting pangolins.”

Therein lies a problem: the lure of easy money often entices locals, including members of Orang Asli communities, into causing grave harm to the environment. Just the other day several youths, believed to be Orang Asli in Pahang, posted pictures of themselves online with the carcass of a mature tiger they had allegedly just killed, thereby driving the majestic animals (which number a mere 35o or so in Malaysia) further to the brink of extinction in the wild. Animal lovers and conservationists across the nation were duly outraged.

The only way to stop such wanton destruction of wildlife is to educate locals about the need for environmental protection. Once they understand that by protecting pangolins, tigers and other wildlife they ultimately protect themselves, they might well be less likely to harm the animals.

Such educational programs in local communities have long been ongoing, of course, but they have borne mixed results thus far. They will need to be stepped up by wildlife agencies with the help of nongovernmental organizations.

Local Orang Asli communities also need to be further involved in coordinated protection initiates aimed at preserving local forests and their wildlife. “We hope they will be able to take on a more proactive role in helping authorities stop poachers, especially since their lives are intertwined with the forest ecosystem,” suggests Dionysius Sharma, CEO of WWF-Malaysia.

“The Orang Asli have deep knowledge of forests. They would be excellent ‘eyes and ears’ for the authorities to combat wildlife crime,” he adds. “There is no single solution to these problems. Intelligence gathering, anti-poaching patrols and other measures must be used in combination.”

Wong Ee agrees. “In order for the pangolin trade ban to be effective, enforcement agencies must treat wildlife trade as a serious international crime that threatens not only wildlife populations and the natural environment, but also ultimately human survival,” notes the conservationist. “Wildlife law enforcement agencies and prosecution bodies must cooperate with environmental organisations and monitoring bodies to eradicate corruption, stop wildlife trade, incapacitate wildlife trafficking syndicates and mete out the most severe punishments possible for wildlife offenders.” 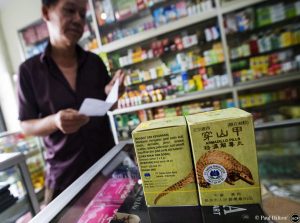 To their credit, senior Malaysian officials, like Sarawak’s Chief Minister Adenan Satem, are aware of the need to improve enforcement measures when it comes to crimes against the environment. “Enforcement, not the law, is the deterrent,” he stressed recently. “The law itself is not a deterrent [if culprits are not afraid] of being caught. We must stop this as soon as possible – the sooner, the better.”

Agreed. Yet eradicating poaching on the ground may not succeed unless we also tackle at source the unceasing demand for wild animals like pangolins and tigers; namely, in China and Vietnam, where people consume the meat of these animals as delicacies and believe in the curative properties of pangolin scales, tiger bones and rhino horns. Needless to say, there are no curative properties to be had in any such parts – certainly none that could not be obtained from modern pharmaceuticals.

Convincing many people of this fact, however, may prove to be a futile effort, at least in the short term. Old beliefs and traditions tend to die hard, after all.

What to do then? We will need to go after the unscrupulous merchants of such quack remedies by imposing severe penalties on anyone found to be selling “medicine” made from the parts of pangolins, tigers, rhinos or any other endangered animals. Enough is enough.

The slaughter and sale of endangered animals must stop once and for all.