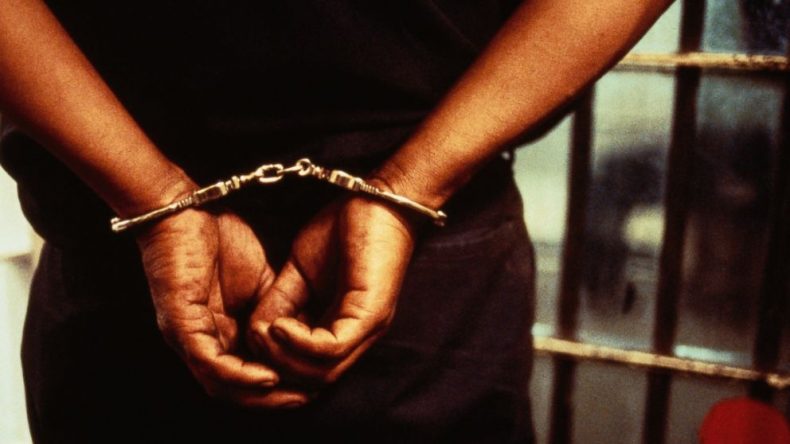 The recent arrest of wildlife traffickers has been a welcome development. Photo Credit: Flickr

Score yet another victory up for Malaysian wildlife officials. In a string of five raids conducted simultaneously in the states of Kedah, Selangor and Kelantan, officials from the Department of Wildlife and National Parks Peninsular Malaysia (Perhilitan) seized a total of 32 wild animals, worth more than RM500,000, and arrested five people, including one prospective buyer.

All the people engaged in the illegal trading of endangered species had been tracked through a Facebook page and were nabbed at private residences and at pet shops. Among the animals seized were a live tiger cub, a leopard cat, a black pond turtle and a binturong. They also included foreign species such as a dwarf caiman and a Mollucan cockatoo, which must have been smuggled into Malaysia for sale on the exotic pet market. At one of the pet shops officials also found four baby long-tailed macaques for sale. 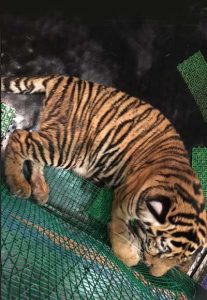 A six-month-old tiger cub was among the animals seized in the coordinated raids. Photo Credit: MYCAT

In a separate raid at Kuala Lumpur’s International Airport, an Indian national was arrested for trying to smuggle the parts of tigers and other animals (including pelts, teeth and claws) out of Malaysia.

“This has been a good year for Perhilitan’s law enforcement team. We hope that this streak carries on and more wildlife criminals can be put behind bars,” said Kanitha Krishnasamy, senior program manager for TRAFFIC in Southeast Asia. “This case exemplifies the type of investigations that can lead to successful enforcement action, involving traders, middlemen and buyers. We also hope that the arrest of a buyer in this case cautions other would-be consumers – the law makes no exception for the uninformed.”

Since 2014 at least 59 other individuals have been arrested in 48 operations, according to Environment and Natural Resources Minister Wan Junaidi bin Tuanku Jaafar. He said the latest arrests showed that the country’s exotic pet market continued to thrive despite increasing efforts to roll it back. “It is shocking how the demand for such animals has grown. A six-month old tiger, a critically endangered species, seized was meant for a Malaysian at a cost of RM200,000,” the minister said. “It appears our people are no longer interested in the usual cats and dogs, they are looking for tigers and alligators and this is a disturbing development.”

Disturbing but nothing new, sadly. Back in March, an investigation by TRAFFIC revealed a thriving online trade in exotic pets across Malaysia, much to the horror of local conservationists and animal lovers.

Wan Junaidi has called for handing down the toughest possible penalties to those breaking Malaysia’s wildlife laws. We certainly second that call. Under the Wildlife Conservation Act 2010, offenders face a fine of up to RM500,000 and a maximum jail sentence of five years, or both. “The judges presiding on such cases need to exercise the provisions under the Act to jail offenders instead of fining them,” the minister opined. “Let us see how they like being in a cage.”

It’s only by throwing the book at wrongdoers that we can hope to roll back the thriving trade in exotic animals, dead or alive, in Malaysia.