WWF: by 2020 we might lose Two-Thirds of Wild Animals on Earth 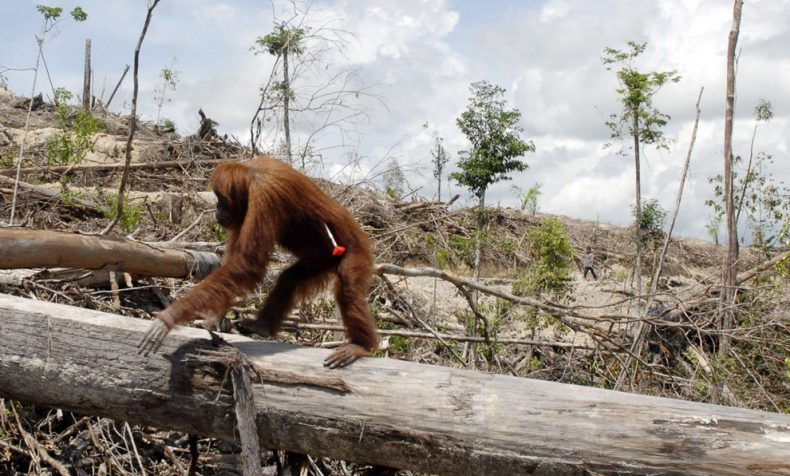 An orangutan, shot with a tranquilizer so it can be relocated from an area ravaged by deforestation, walks along a fallen tree trunk. Photo Credit: NTU

Come 2020, almost two-thirds of the world’s vertebrate populations of wildlife will have disappeared, compared to levels a mere 50 years ago, in 1970.

So says the World Wide Fund for Nature (WWF) in its dramatic new “Living Planet Report 2016,” which has looked at more than 14,000 wildlife populations with over 3,700 species around the world. The results are heartrending.

Based on comprehensive wildlife data compiled by the Zoological Society of London (ZSL), the report’s scientists explain, “global populations of fish, birds, mammals, amphibians and reptiles have already declined by 58 per cent between 1970 and 2012, the most recent year with available data. This places the world on a trajectory of a potential two-thirds decline within a span of the half-century ending in 2020.” By that fateful date, which is just a few years away, global wildlife populations could have plunged by 67%, compared to levels a half century ago.

Alarming? Certainly. “Wildlife is disappearing within our lifetimes at an unprecedented rate,” says Marco Lambertini, director-general of WWF International. “This is not just about the wonderful species we all love; biodiversity forms the foundation of healthy forests, rivers and oceans. Take away species, and these ecosystems will collapse along with the clean air, water, food and climate services that they provide us.”

The culprits for this dramatic decline in biodiversity worldwide? You’ve guessed it: us. 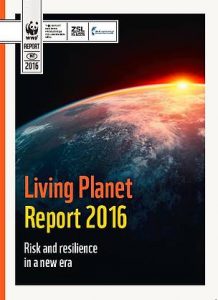 Wildlife populations worldwide have been decimated by a variety of human activities: rampant deforestation through logging; extensive habitat loss from agriculture; the unsustainable exploitation of fresh water sources. Farmland already covers one-third of the planet’s land area, while almost two-thirds (70% of water supplies) have been diverted for farming.

Freshwater ecosystems have been hit particularly hard, WWF says. Their populations declined by a staggering 81% between 1970 and 2012 as a result of habitat loss, pollution, damming, the closing off of river segments and other man-made causes. “Human behaviour continues to drive the decline of wildlife populations globally, with particular impact in freshwater habitats,” notes Professor Ken Norris, director of science at ZSL.

However, the expert goes on to emphasize: “Importantly however, these are declines; they are not yet extinctions.” That is why, he adds, the report’s findings should serve as “a wake-up call to marshal efforts to promote the recovery of these populations.”

In other words, rather than throw up our hands in despair, we must redouble our efforts to protect existing wildlife habitats with all their residents, large and small. This, needless to say, applies to Malaysia, a country with stunning biodiversity but one in which numerous species, including the nation’s iconic Malayan tigers, have fallen on very hard times in recent years and decades owing to our harmful activities.

“Fortunately, 2020 is also a year of great promise,” WWF says, sounding a note of optimism in an otherwise gloomy report. “In that same year, commitments made under the Paris climate deal will kick in, and the first environmental actions under the globe’s new sustainable development plan are due. If implemented, these measures, along with meeting international biodiversity targets set for 2020, can help achieve the reforms needed in the world’s food and energy systems to protect wildlife across the globe.”