For world-class Environmentalism, we should look to tiny Slovenia 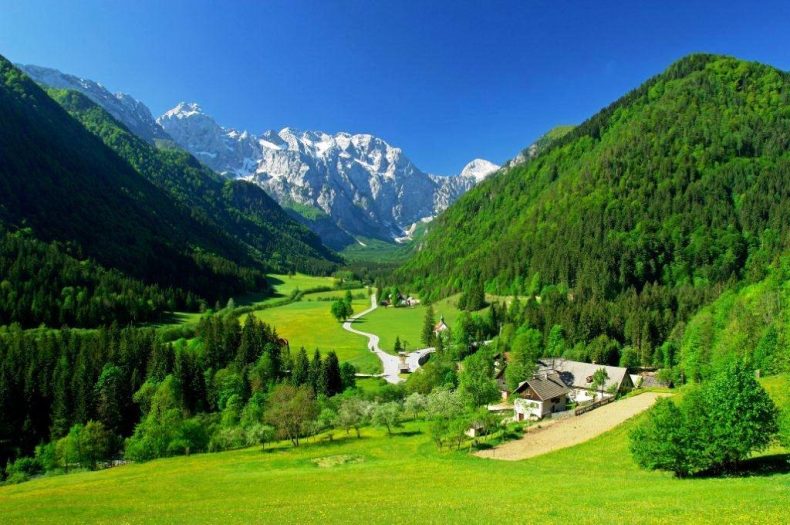 A valley in Slovenia. The small European nation is the world's top country this year when it comes to environmental sustainability, according to a global study. Photo Credit: Roundabout Travel

Slovenia is a small European nation wedged between Italy, Hungary and Croatia. It covers a little more than 20,000 square kilometers and has a population of just over 2 million. Yet this tiny nation is a veritable giant when it comes to environmentalism.

According to the Legatum Institute, a London-based public policy think tank, scenic little Slovenia is a world-leader in using natural resources responsibly for the benefit of both locals and their environment. In its annual Prosperity Index, the think tank surveyed 149 countries in the world this year and ranked them based on a large set of variables. These included their governments’ efforts to preserve biodiversity, to reduce pollution, and to manage natural resources sustainably. 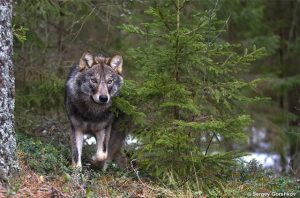 A wolf in Slovenia makes its way through a forest. Photo Credit: Sergey Gorshkov via Wildlife Act

The idea is that a cleaner and richer natural environment improves people’s general well-being and quality of life; and as such, therefore, it is an essential ingredient that makes nations happy and prosperous. “Protecting the environment, leaving citizens with a nicer, cleaner and even prettier environment, is strongly linked to well-being,” Alexandra Mousavizadeh, the institute’s director, told the Reuters news agency.

It’s hard to quibble with that. Kudos then to Slovenia, which has come out on top in the study’s category on nations’ handling of their natural environment, thereby besting Denmark, the previous winner. That prestigious position is thanks in no small part to Slovenia’s ongoing efforts to protect as much of its picturesque and biodiverse environment as possible. Over the past decade, the small European nation, whose forests boast wolves, bears, deer, and foxes aplenty, has set aside large swathes of its land and water as protected areas.

“Slovenia is a country with a high diversity of natural environment gathered in a small area,” the Slovenian ministry of the environment told Reuters. “Preserved nature is our core national treasure and our identity.” These are more than just mere words. The country’s nationwide Slovenia Green project has declared 17 destinations to be certifiably green – no small feat in such a tiny country – according to their use of green energy, effective wastewater treatment and other environmentally friendly practices.

Thanks to this progressive attitude, which commendably predicates national well-being on the health of the country’s natural environment, the small nation has turned itself into a popular ecotourism destination, a place that National Geographic has recently dubbed a “tree-hugger heaven.”

Any lesson for Malaysia in Slovenia’s success? Of course. Malaysia, too, is a beautiful country with wondrous natural resources in a relatively small area. What the country needs to do is learn from Slovenia and make the protection of natural resources a keystone of Malaysia’s national identity.