Let’s Save the Planet Together

We can still save the planet if we join forces. Photo Credit: www.handinhandworld.com

One day, warns Ahmad A Talib, chairman of the environmentalist group Yayasan Salam Malaysia, the pleasant blue and green world we’ve long known as our home planet will have ceased to exist as a haven of natural wonders. Instead, it will be a largely barren and dismal place with runaway pollution, largely depleted natural environments and diminished prospects for us as a species.

And that day is fast approaching.

Sound like a bit of sci-fi apocalypticism? Perhaps. But Ahmad does have a point. We’ve been exploiting our planet’s resources with such wanton abandon that unless we change course, and fast, we’ll be living in a world beset by chronic environmental problems with massive pollution of the air and water sources among them. “One day we will wake up to a darkened sun, and the air we breathe will be filled with smog and dirt. Going for a picnic by the river could become a thing of the past because our rivers would be dead,” the conservationist writes in a poignant essay. 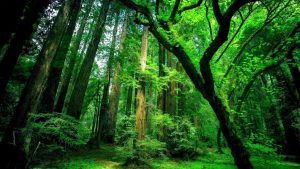 In that apocalyptic world Malaysia would have lost even more of the natural wonders that today make the country a world-famous biodiversity hotspot despite decades of governmental mismanagement and often unchecked development. Even the last remnants of iconic species like the nation’s emblematic tigers will have disappear from the country’s forests by then, along with wild pygmy elephants, tapirs, pangolins and helmeted hornbills.

Malaysia is hardly alone in this predicament: a future that will leave us much poorer. In Nepal, military personnel needs to help out with protecting endangered species under armed guard so as to deter unscrupulous poachers from gunning down elephants and other animals highly prized on the illegal wildlife market. Such a state of affairs, of course, also exists elsewhere; most notably in Africa, where criminal syndicates, armed and dangerous, will stop at nothing to kill wild elephants for their tusks and wild rhinos for their horns.

In Malaysia, too, wildlife rangers often face belligerent local hunters and poachers, many of whom belong to international criminal gangs and will think nothing of using violence to keep law enforcement at bay. To deal with such threats and to better protect endangered species like tigers, the country’s Ministry of Natural Resources and Environment is planning to arm local wildlife rangers.

This is the world we’ve wrought as humans: we need to protect wild animals from ourselves.

Then there’s the issue of rampant deforestation that has seen vast swathes of Malaysia’s rainforests felled down to make way for palm oil plantations or to harvest them for timber. “There’s much work to be done to protect the rainforests,” Ahmad writes. “The first steps have been taken. We need greater awareness and the involvement of more people in these efforts, stakeholders with strong support and a mechanism to raise funds for conservation efforts.”

Commendably, Sayasan Salam helps lead the way in raising awareness of environmental issues in Malaysia. To do so, the non-profit actively seeks and recruits volunteers to help make a difference through a variety of social and environmental projects, according to its mission to enable people to “make a deliberate effort to reach out to other people to help build a better world.” 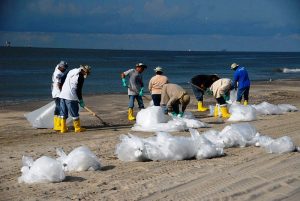 Volunteers help clean up a beach. Nothing should stop us from engaging in similar initiatives. Photo Credit: Wikimedia Commons

Hand in hand, we can indeed make a difference. Environmentalism works best (or perhaps at all) if we all take responsibility for the health of our own local environment both individually and collectively. The trouble is that often we are prone to thinking of environmental issues as either abstract concepts or as problems that lie beyond our personal influence and so best left to others to solve.

Climate change fits the bill: it may appear to be a long-term process that has little direct bearing on our current lives so we might assume that we could ignore it for the moment and deal with it later. Or else, environmental problems (like the wanton pollution of our oceans) may seem so massive that we could have little effect on it even if we tried so we could reckon that it’s hardly worth trying anyway.

Needless to say, both of these attitudes are wrong. We can start dealing individually with both global warming and environmental pollution by deciding to live cleaner and more sustainable lives. All we need to do is follow several simple steps: use mass transportation (or better yet, bicycles) to and from work, help out with recycling and composting, and save energy at home and at work, among other lifestyle changes.

We can also encourage others, like friends and loved ones, to follow suit. And of course we can go a step further and volunteer in environmental projects in our communities, from beach clean-ups to tree-planting initiatives to garbage collecting. We can also donate to NGOs that are engaged in worthy causes from saving forests to protecting wildlife. You may not have the wherewithal to save the world; but you can start helping save your own environment.

Individuals can indeed make a difference. And the more individuals decide to do so, the bigger that difference is going to be.