Sabah will ‘make a Third of its land’ Totally Protected Areas 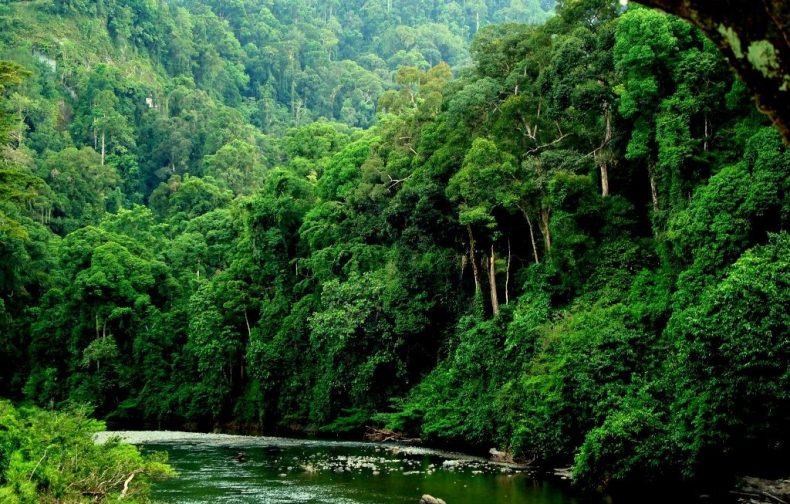 Sabah’s government is planning to turn almost a third of the state’s forests into totally protected areas. The total of gazetted areas where no logging or encroachment will be allowed will account for 30% of the state’s land mass. It’s definitely a welcome development, yes, but it could take a decade before it comes into effect.

The state currently has 1.8 million hectares gazetted as totally protected areas (TPAs), accounting for just over 24% of land. The state’s legislature is now planning to set aside another 90,000 hectares of forest as such. The overall figure “represents the largest network of TPAs in the country,” said Sabah’s Chief Minister Musa Aman.

Sabah, which is renowned worldwide as a biodiversity hot spot, will also make efforts to protect its forests and their residents, including human ones. Orang asli communities, whose support is vital for conservation efforts, “must be engaged through various initiatives such as ecotourism,” the chief minister said. “Most importantly, they must be consulted in order to ensure that any programme introduced will benefit the community.” Amen to that.

To date, around 900,000 hectares of Sabah’s forests have been certified since the Sustainable Forest Management initiative was launched locally in 1997. By next year the total protected area within Sabah will increase to 1,018,698 hectares, the largest such area in Malaysia.

“The Chief Minister announced that the next crucial agenda for the State is to further restore an additional 500,000 hectares including the establishment of high yielding forest plantation to realise the projected timber capacity of the forests in the next 10 years for the survival of the industry and for revenue to support the protection and management of its planted forests,” the Daily Express reported. “One such initiative is the Sabah Jurisdictional Certified Sustainable Palm Oil which is a 10-year programme launched last year to have all Crude Palm Oil produced from Sabah to be CSPO certified.”

The newspaper quoted Musa as saying that “It is my hope that come 2025, all oil palm plantations both large and smallholders are fully certified.”

Fingers crossed that the minister does mean these words. Industrial-scale logging and rampant deforestation to make way for plantations have wreaked havoc with Sabah’s forests over the past decades. “Borneo’s forests,” explains the conservationist journal Mongabay, “are largely the victim of a cycle that begins with selective logging and ends with conversion to industrial plantations, agriculture, or scrubland. The cycle is closely tied to the political economy of the region— politicians have historically relied on forestry to finance their campaigns and serve as their honeypot to reward their patrons.”

In other words, politics, corruption, nepotism and deforestation have long been going hand in hand in Sabah and elsewhere in Malaysia. This must cease if the existing forests are to survive intact.