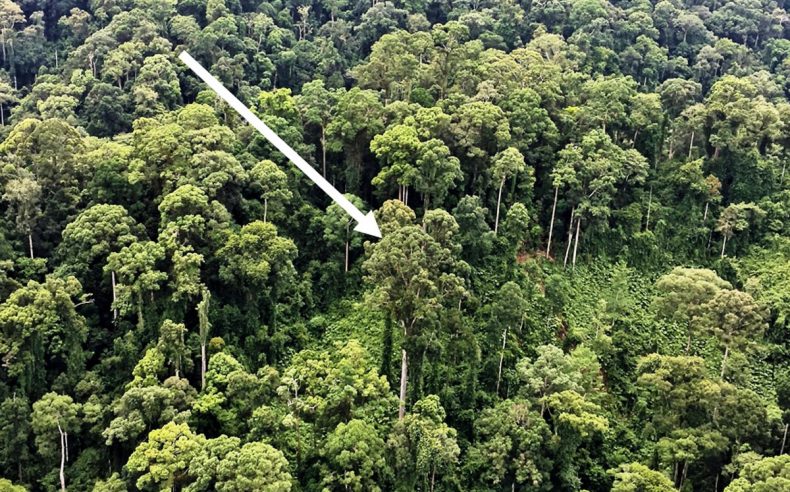 Malaysia’s trees keep on breaking world records. Last July a 89.5-meter-tall yellow meranti (Shorea faguetiana) in Sabah’s Maliau Basin Conservation Area was declared the tallest tropical tree in the world. After careful measurements with laser-scanning technology, it was found to be just a tad taller than the previous record-holder: another stately yellow meranti in the Tawau Hills National Park, which stands at 88.3m.

But even the new record-holder now needs to step aside (figuratively speaking). Measurements have shown that there is an even taller specimen that belongs in the Shorea genus of mainly tropical trees. Standing on a hillside in the Danum Valley Conservation Area, the new champion rises to a towering 94.1 meters in height with its canopy measuring 40.3m in diameter.

Better yet, this awesome giant of nature stands in an area that is packed with another 49 similarly tall trees, which too belong in the Shorea genus. These trees proliferate across much of Southeast Asia from Malaysia to the Philippines. In Borneo alone, there are some 138 Shorea species with 91 of them endemic to the island. 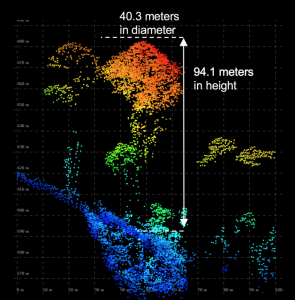 The trees were measured by help of airborne technology that can digitally image forests and map habitats from above. The technique relies on firing half a million laser shots a second from a small airplane that flies over an area. When hooked up to a computer, these rapid-fire shots can create a highly detailed 3D image of the forest canopy all the way down to the ground.

“This tallest tropical tree, and the 49 runners-up, are truly phenomenal expressions of the power of nature,” said Greg Asner of the Carnegie Airborne Observatory, who led the team that measured trees in the area. “Conservation needs inspiration, and these sentinels of the Bornean jungle provide that to us,” he added. “This discovery is a gift to science, to the people of Sabah and Borneo, and to the world.”

Asner said that observing the mighty trees from the air, in a helicopter, made for a truly memorable experience. “The crazy thing is that our tallest tree is immediately flanked to each side by a tree of the same species of Shorea, almost as tall!” he said. “So there are three trees, like brothers, standing above the rest of the canopy.”

The scientist added poignantly: “I almost cried as we circled the tree maybe 10 times before the pilot said we had to go back [to base].”