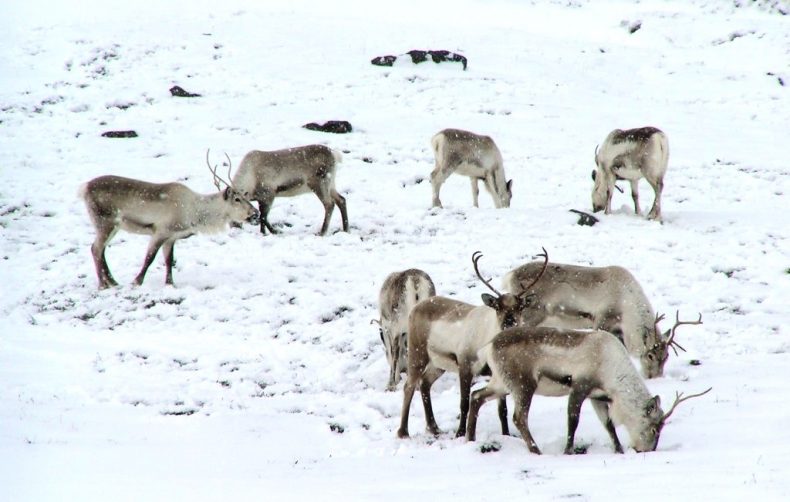 Despite all the dire warnings about the impending environmental impacts of global warming, climate change remains an abstract concept for many people around the world, Malaysians included. That is because the effects of climate change still remain largely unnoticeable in many parts of the world. The days may feel a bit warmer now and then, yes, but that seems to be it.

But make no mistake: the planet’s climate is changing and it’s already taking victims. A case in point is Russia’s Arctic region, where an estimated 80,000 reindeer have perished over the past decade. In 2006, 20,000 starved to death in the Yamal peninsula in northwest Siberia. In 2013 three times as many, 60,000 of them, did so, accounting for more than a fifth of the local reindeer population.

The reason both in 2006 and 2013, according to a new study published by the Royal Society in London, England was unseasonally warm weather in November, which unleashed heavy rains (instead of the usual snow). The rainwater then froze in the subzero temperatures of the Russian tundra, forming thick sheets of ice on the ground and preventing local reindeer to graze on lichen and other vegetation underneath. The animals, thus deprived of their usual food sources, slowly starved to death en masse.

“Reindeer are used to sporadic ice cover, and adult males can normally smash through ice around 2 centimetres thick,” explains Bruce Forbes, of the University of Lapland in Rovaniemi, Finland, who led the study. “But in 2006 and 2013, the ice was several tens of centimetres thick” so that the reindeer could not break through to feed on the vegetation underfoot.

Alarmingly, this past September the second-lowest level of sea-ice cover was recorded  in the Arctic, which raised concerns about the prospects of another reindeer mass famine. “If we see such events again this year, it could mean that they’re becoming more frequent,” the scientist says. “Now is the risk window, and if it happens again, it will be a major problem for traditional reindeer herders still suffering from losses in 2013.”

The frigid Russian arctic is a world away from Malaysia, yet the fragility of the local ecosystem there in the face of a changing climate serves as a warning to us here as well. Our ecosystems are no less at the mercy of a changing climate, including the country’s famously stunning yet fragile coral reefs.