An Elephant is Killed after Trampling a man to Death. Was that Fair? 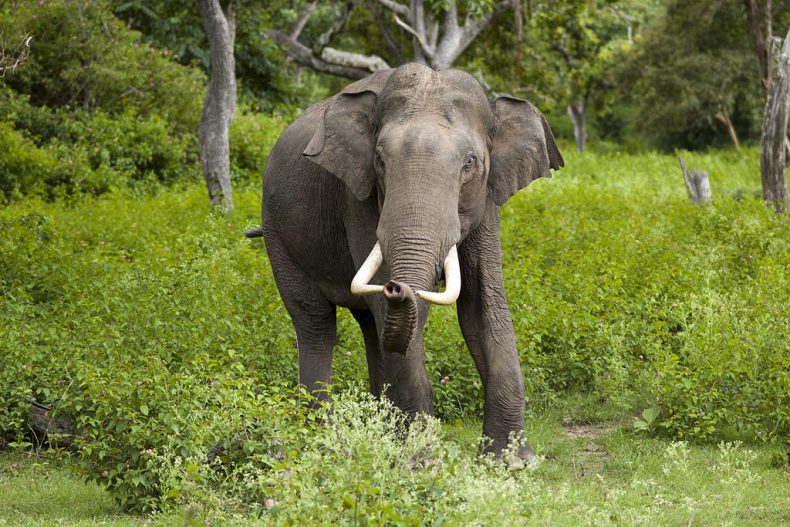 Elephants are generally placid creatures but they can turn violent if they feel threatened. Photo Credit: Wikimedia Commons

A wild bull elephant that trampled a middle-aged worker to death at a timber plantation in Tawau, Sabah, is now himself dead. The animal was shot and killed by an official of the Sabah Wildlife Department. Justice done? It depends how you look at it.

The department’s director Augustine Tuuga explained that the elephant had to be neutralized because it had been in musth, a condition in which male elephants might turn violent, and so could have attacked other people. “We did not want to take any chances with the bull as it had already killed a man,” he explained. “Chances are that, it would have attacked again if anyone had come across its path.”

A few days earlier the bull elephant attacked a 48-year-old Indonesian worker, reportedly unprovoked, at the Dumpas timber plantation, inflicting serious head injuries on the man by trampling him underfoot. The man later died of his injuries in hospital. Two weeks prior, on November 9, an Indonesian couple who worked at another timber plantation in Tawau were likewise attacked by a raging elephant but escaped with minor injuries.

Conflicts between humans and wild elephants are not unknown in places like Tawau, but they rarely turn deadly. Driven largely by the loss of their habitats to plantations and the fragmentation of forests that prevent them from roaming around without coming in contact with people, some wild elephants have taken to raiding plantations and orchards for food. “Human-elephant conflicts will continue as long as persons continue to destroy their habitat,” warned Wilfred Lingam, a former Tourism and Culture Ministry Permanent Secretary.

Lingam called into question the rightness of putting the offending elephant down, considering that the number of wild elephants has shrunken significantly over the past decades so that Malaysia can hardly afford to lose more pachyderms. “It is unthinkable to consider culling given the remaining numbers are not much,” he said.

Malaysian conservationists and animal lovers have echoed those sentiments. Rather than killed, the elephant should have been taken captive and relocated, argues Dr Dionysius Sharma, executive director/CEO of WWF-Malaysia. “When confronting elephants, restraint must be practiced and retribution avoided, as killing elephants merely addresses the symptom of a problem, which is HEC [human-elephant conflicts] caused by unsustainable land use planning in Sabah,” he said in a statement. “Culling a threatened species when other options are available is a step backwards in the state’s journey to sustainability.”

Plans are underway in Sabah to create wildlife corridors in the “Heart of Borneo” biodiversity hotspot with the aim of allowing the lumbering pachyderms and other wild animals to traverse their forest habitats from place to place undisturbed by people. WWF-Malaysia has also recommended setting up electric fences at strategic locations as well as wildlife passes for that same purpose.