‘Save Penang’s Trees in Urban Areas’ 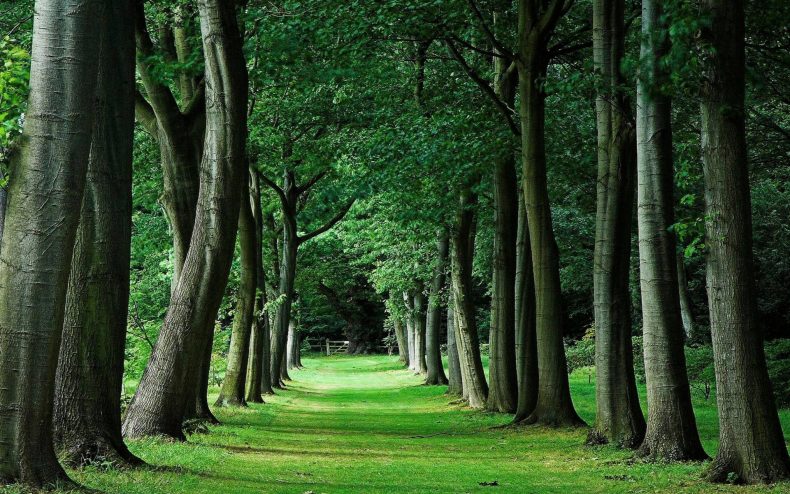 Trees must be protected, whether they are in forests or urban areas. Photo Credit: Pixabay

Trees are trees and they are worth protecting no matter where they are. That’s the rationale behind a call by the Penang Nature Conservation Society (PENCONS) on local authorities to protect the island’s trees not only in Penang’s forests but also in its urban areas.

What with the high rate of deforestation in Malaysia, including Penang, the country can ill afford to lose any more trees. “We have lost millions of trees [to] legal and illegal deforestation over past decades,” PENCONS observes in a public statement. The country’s booming commodities industry from timber extraction to palm oil cultivation has wreaked havoc with local forests and their ecosystems.

“Sadly, not only are the trees in our forests affected by [our] greed but we are also losing trees that have stood amongst us in our cities, towns and villages because of infrastructure development and sometimes for no reason,” the conservationist group points out. Local authorities are required by law to protect the trees in our neighborhoods, but many of them have failed to do so, PENCONS adds.

Section 35H of the Town and Country Planning Act 1976 makes it illegal to cut down, vandalize or destroy any tree, either on private or public land, that is of 0.8m or more in diameter without written permission from local authorities. Those who break the law can face a fine of up to RM100,000. Yet the law is rarely if ever enforced, the group says. 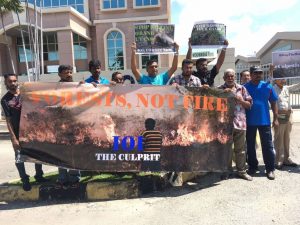 Needless to say, the fear that trees, be they in forests or in urban areas, are at risk of being cut down are hardly unfounded. Conservationist groups on Penang have been raising the alarm about possible encroachment by developers on the island’s wooded hills. The ceaseless reclamation of green areas for development has raised the prospect of an environmental catastrophe in the scenic island, according to the Association for the Protection of Natural Heritage of Malaysia (Peka).

“The hill-clearing activities have caused the environment in Penang to be in a critical situation,” the nonprofit’s president Shariffa Sabrina Syed Akil, a Penang native, stressed at a press conference. “The hill-chopping must stop now. Enough is enough.”

To monitor any sign of encroachment, the civil society group Penang Forum, a coalition of Penang-based NGOs and conservationists, has urged the island’s citizens to notify its members via social media about any hill-clearing activities they encounter. “These hills are fragile and easily degraded when disrupted by human activities. Housing development and hill farming activities are expanding into sloping and hilly land,” Penang Forum explained in a press release. “Members of the public and the press are increasingly voicing concern over hill-clearing activities that are damaging to the environment.”

Ambitious infrastructure projects, including the overhaul of the island’s transportation system, too have raised concerns among local environmentalists. They are worried (not without cause) that the construction of new roads, monorails, a cable car and an undersea tunnel would not only become eyesores on the beauty of Penang’s world-famous natural and architectural heritage but would also compromise the heath of the island’s thriving yet fragile natural ecosystems.

Trees in urban areas, too, are important parts of the island’s natural environments. So we must definitely save them from harm.