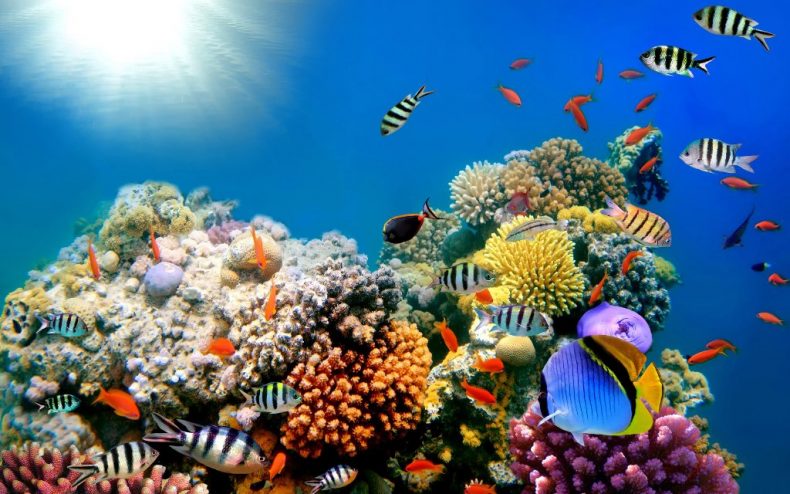 Malaysia’s world-famous coral reefs aren’t all that well protected. So says a local researcher who has spent years studying the country’s corals.

Take some famous reefs in Semporna, Sabah, a world-renowned divers’ paradise. Only a few of the local reefs receive the protection they deserve, stresses Zarinah Waheed, an expert in coral reef biodiversity at the Universiti Malaysia Sabah. “Reefs outside the [marine] park boundary are not protected,” Zarinah says. “During our diving trips we regularly heard dynamite explosions. Blast fishing is an illegal practice and it causes enormous damage to the coral reef but it is nonetheless a way of catching fish.”

Blast fishing entails the use of explosives to stun or kill fish. The practice can inflict grave damage on fragile corals, yet it continues to be widespread not only in Semporna but also in other marine areas of Sabah. Worse: often blast fishing targets reefs with the highest biodiversity, yet several of those reefs are insufficiently protected, if at all.

In Semporna alone, reefs, which are part of the famous Coral Triangle, are home to a total of 89 species of coral of the three families she has studied: Fungiidae, Agariciidae and Euphylliidae. “The eastern part of Malaysian Borneo is part of the so-called Coral Triangle,” she explains. “This is a vast area that is home to the highest diversity of corals in the world.”

Yet throughout this vast area, corals have been coming under increasing environmental stresses. Global warming has been rising sea surface temperatures dangerously, leading to mass bleaching episodes. Pollution and overfishing, too, have taken their tolls on the delicate ecosystems that inhabit reefs.

The limestone skeletons that corals lay down in intricate underwater forests, which serve as homes for numerous species, can survive less severe bleaching. In doing so, however, they become more exposed to the elements and therefore more vulnerable to the ravages of diseases, overfishing, pollution and mass tourism. In the longer term, rising temperatures and water acidification, both of which are side-effects of anthropogenic climate change, will make it increasingly harder for corals to calcify properly. They may become too brittle and break off at the slightest touch.

Malaysia alone can do precious little to halt or reverse the effects of climate change, which is a problem that needs to be tackled through coordinated global action. However, the country can do a lot more to protect fragile reefs, especially those with the highest levels of biodiversity. It can do so by monitoring their health more closely and by ensuring that they are protected from blast fishing and pollution.