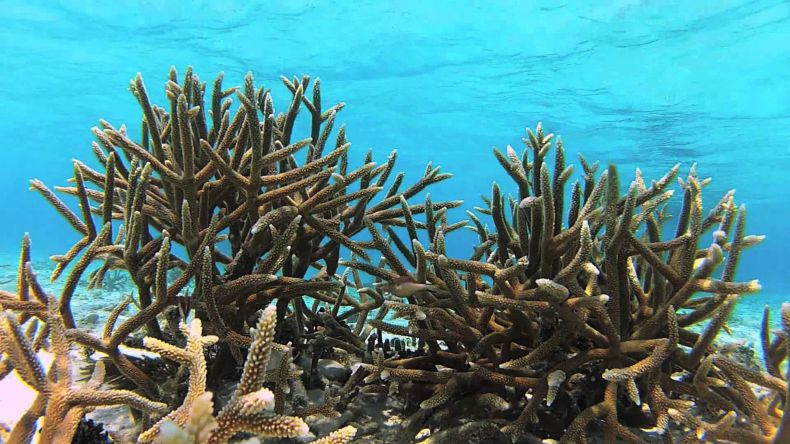 The species-rich waters of Sabah are even richer in species than we have thought. Researchers from Universiti Malaysia Sabah (UMS) say they have identified 83 species of staghorn corals that thrive in the Bornean state’s marine environment. In other words, Sabah’s waters boast more than two-thirds of the world’s 120 known staghorn corals.

“The number of staghorn coral species we tallied for Sabah is nothing short of impressive as its coastline is relatively much shorter in contrast to other coastal nations in Southeast Asia,” said Assoc. Prof. Dr. Vijay Kumar, a former director of the Biotechnology Research Institute and lead researcher in the project, whose findings have been published in the scientific journal Zootaxa. “Our findings further highlight the staggering diversity of Sabah’s biological resources in the marine environment, apart from the terrestrial realm,” the Malaysian expert stressed.

“New records for North Borneo were recorded for 12 species, including Acropora suharsonoi Wallace 1994 that was previously thought to be confined to a few islands along Lombok Strait, Indonesia,” the researchers explain in their paper. “The diversity of Acropora in North Borneo is comparable to that of Indonesia and the Philippines, despite the area’s smaller reef areas. This further reinforces its inclusion as part the global hotspot of coral biodiversity.”

The highest number of staghorn coral species was recorded in Darvel Bay, followed by the Banggi group of islands, and the waters off Semporna, the study’s lead author Rolando Robert explained. “The corals of Darvel Bay are the best studied in Sabah and much of the current knowledge regarding its biodiversity is attributed to a 1998 scientific expedition led by researchers from Denmark and [the Bornean Marine Research Institute] in Sabah,” he said.

Staghorn corals (Acropora spp) are stony corals with branching outgrows that can range from a few centimeters in length and height to more than 2 meters. They live in back reef and fore reef environments in shallow waters. Staghorn corals are so called because they resemble the branching horns of male deer. A third of Sabah’s staghorn corals are listed as threatened by the International Union for the Conservation of Nature (IUCN). Encouragingly, however, many of them are now within the boundaries of Malaysia’s largest Marine Protected Area, which was set up in Sabah last summer.