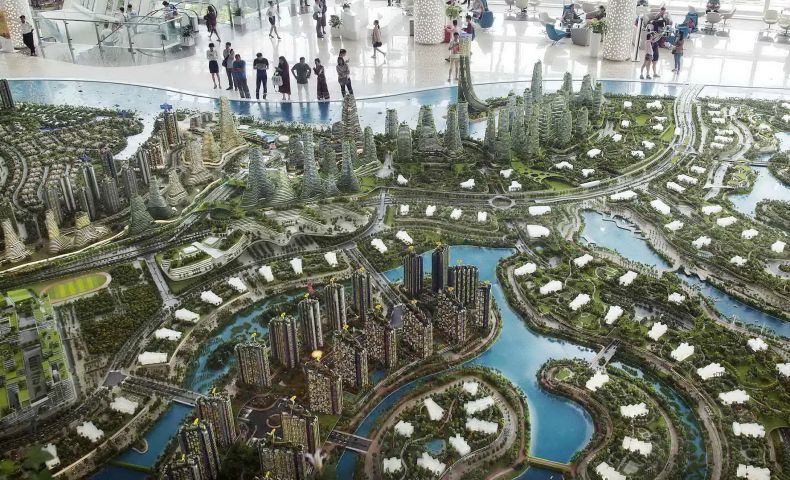 Forest City. The name sounds innocuous enough. What could be wrong about a city with a forest?

Quite a lot, it seems.

China’s Country Garden Holdings Co Ltd is developing Forest City, an RM176 billion mixed-use mega project on four reclaimed islands in Iskandar in the Johor Strait. Built over the next two decades in partnership with Johor state’s investment arm, the development will feature condominiums with world-class amenities for the well-to-do, many of whom are expected to be mainland Chinese buyers. It’s also expected to become an economic hub linking the Iskandar region and neighboring Singapore.

Ask the developer, and Forest City will be a futuristic eco-city spanning 1,386 hectares and housing 700,000 people: an urban oasis with vertical greenery, advanced green technological features and sustainable modes of transportation. “Forest City has adopted best practices to minimise environmental impact through integrated solutions to achieve zero impact to the surrounding area,” the developer says.

Malaysian Prime Minister Najib Razak has echoed such sentiments. “This project is generating the economy and creating jobs, including helping with tourism,” he has stressed. “This project has a huge potential.”

Ask critics of the project, however, and Forest City will be nothing of the sort. Instead, the massive development is an ecological disaster in the making. “It has the potential to change the ecology of the whole area in profound ways,” Greenpeace scientist Paul Johnston noted recently. “It might change the things that are living there, it might change the vegetation that can grow there.”

Importantly, the country’s largest intertidal seagrass meadow on Merambong shoal off the coast of Johor might suffer irreparable harm. The development could also deal a blow to local fish stocks, thereby jeopardizing the livelihoods of local fishermen, who have been complaining bitterly about the project.

This is something that the developer itself has acknowledged. However, Country Garden Pacificview’s executive director Mohamad Othman Yusof has insisted that the developer has been mindful of environmental matters. It has reportedly installed “double silt curtains” so as to prevent silt and sediment from spreading and polluting nearby waters. “No damage, no pollution has been exported to Singapore,” Othman said in a bid to reassure concerned Singaporeans. “We don’t want to create any problems with anybody and we’re going to abide by the rules and regulations.”

Fingers crossed that this will indeed be the case.