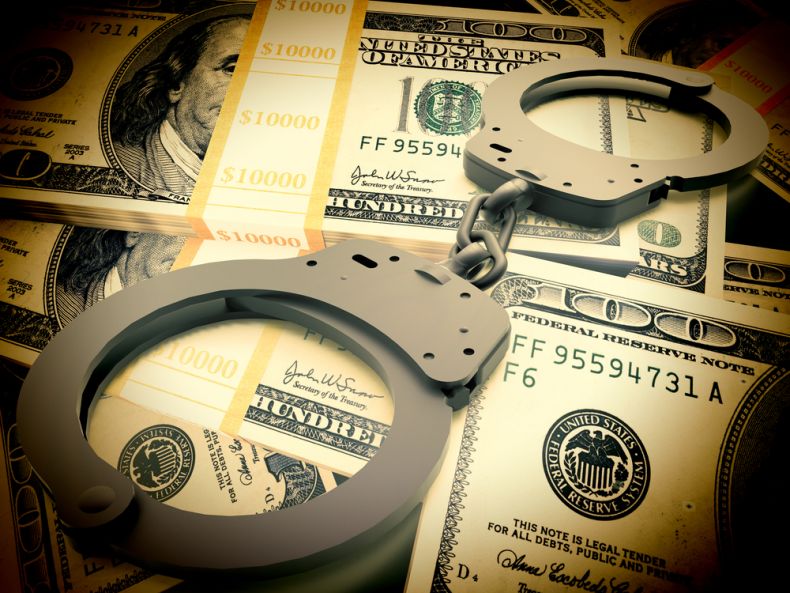 Wildlife crime does not happen in a vacuum; it is aided by a culture of corruption and impunity. Photo Credit: Flickr

Wildlife crimes and corruption routinely go hand in hand. For starters, without certain officials willing to turn a blind eye to rampant trafficking (for kickbacks and other rewards), traffickers would have a much harder time.

But the problem can go much deeper than that. A pervasive culture of bribery, money laundering and institutionalized complicity with illegal logging, poaching and wildlife trafficking has bedeviled efforts in Malaysia to tackle wildlife crimes and crimes against the country’s natural environment.

Of course, this phenomenon is hardly limited to Malaysia: it persists around much of the world, from Africa to Latin America to Southeast Asia. The trouble is that some of the most biodiverse regions of the world happen to be located within some of the world’s most corrupt societies. “If corruption is not addressed with new intensity, we will lose our wildlife, forests and fish [worldwide],” warned the International Anti-Corruption Conference, an event that was held in Panama City in early December with the participation of myriad anti-corruption experts and conservationists.

“Corruption is an existential threat: it destroys our environment, robs states of development opportunities and undermines human rights,” the IACC added. “It occurs along the entire natural resource value chain, enabling illicit access to, extraction and trade of resources.” 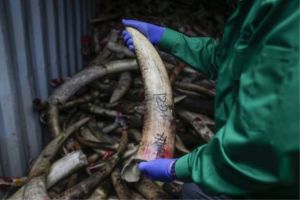 A Malaysian wildlife official shows off an elephant tusk that has been seized from illegal traffickers. Photo Credit: The Star Online

A bleak state of affairs, yes. Making matters worse, the IACC observed, is that “Perpetrators of corruption often have impunity due to impenetrable financial structures and networks, political influence or lack of jurisdiction.” That is why anti-corruption crusaders and conservationists must join forces to tackle the scourge of corruption, along with combating wildlife crimes.

At Clean Malaysia, we certain agree with this assessment. As we have pointed out, “by undermining the rule of law, pervasive corruption and a lack of accountability can endanger the very workings of society, including good governance and general prosperity.”

And that, of course, can have serious repercussions for the environment in countries such as Malaysia. “Environmental laws, however comprehensive, may remain mere words on paper and left largely unenforced,” we noted. “Effective law enforcement, too, may be lacking when it comes to tackling illegal logging, wildlife trafficking and the scourge of air, water and other forms of pollution.”

Malaysia and other countries have made some headway by clamping down harder on poachers and wildlife traffickers, but they still have a long way to go in cleaning up both their official cultures and their environments. Rampant corruption remains endemic within the officialdom of Malaysia, including the federal government from the prime minister down.

According to a recent survey by the leading anti-graft NGO Transparency International, most Malaysians consider the country’s political parties to have been badly tainted by corruption, while many of them see the government’s stated efforts to fight corruption as half-hearted at best. Malaysian citizens are justified in being skeptical, of course, seeing as Prime Minister Najib Razak himself has been embroiled in allegations of massive corruption, and little has been done to bring him to account.

This culture of impunity means that wildlife crimes can thrive, by drawing on a steady supply of officials who may be willing to aid poachers and traffickers. “Political corruption and systemic governmental corruption are pervasive facilitators of wildlife and fisheries crime, providing the enabling environment for supply chain corruption,” Robert Barrington, the CEO of Transparency International, UK, said.

In response, environmentalists and social justice activists need to better understand the links between wildlife crimes and the enabling environment of related financial crimes in which wildlife crime can thrive in order to gain a clearer picture of how local and international wildlife trafficking syndicates operate. Often, that can be easier said than done, seeing as such criminal gangs operate in the shadows. That said, there are many dedicated and incorruptible Malaysian officials who work hard to roll back such criminal networks. They are aided by dedicated NGOs like TRAFFIC and the World Wide Fund for Nature (WWF).

Wildlife crimes do not happen in a vacuum; they are abetted by a culture of corruption and impunity. It’s that culture that we must change if we are to end wildlife crimes in Malaysia once and for all.