Baby Orangutans are Seized in Thailand 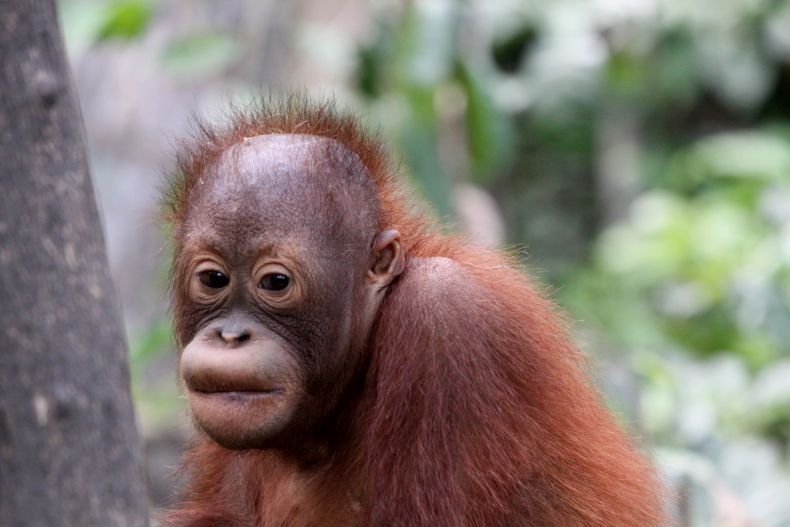 Baby orangutans may look cute, but they belong in the wild. Photo Credit: Flickr

First came a report. Now comes a new case that confirms it.

The report: According to a study by the Great Apes Survival Partnership (GRASP), an alliance of numerous NGOs and governments, thousands of great apes, including orangutans, have been trafficked over the past years. Since 2005, 1,800 of them have been seized from illegal traders, which means that many more of them are likely to have been trafficked undetected by officials.

The traffickers had been so brazen that they even posted an advertisement online about the two infant primates. “[The undercover officers] agreed to buy the two orangutans for 700,000 baht ($19,400) and transferred a 100,000 baht down payment to a bank account that belongs to a Thai man,” deputy national park director Adisorn Noochdumrong explained regarding the sting operation.

The undercover officers, posing as buyers, agreed to pick up the two baby orangutans outside a Bangkok supermarket, where the infant primates were brought by a taxi driver. The unwitting cabbie had been hired by the wily traffickers, who remain at large.

And so it goes: traffickers shamelessly peddling endangered animals in broad daylight in the heart of a thriving metropolis. If we needed any more proof that wildlife trafficking remains an acute problem, this case is it.

Orangutans are native to Malaysia and Indonesia, yet they are often used for entertainment in neighboring countries like Thailand. Routinely they are forced by their handlers to pose for pictures with tourists at popular venues. Young animals are especially preferred for such purposes because they are seen as “cute.” Sadly, Malaysia itself isn’t immune to such practices. Local animal rights activists have long been campaigning against the practice of using endangered animals for the amusement of people in zoos, “wildlife parks” and elsewhere.

Meanwhile, orangutans are facing increasing pressures in the wild as a result of intensive habitat loss and the ever-present threat of poaching. “Any illegal trade in great apes — whether it crosses international borders or not — needs to be considered a very real threat to the survival of these endangered species,” Erik Solheim, executive director of UN Environment, has noted. “I visited Borneo recently and saw for myself the incredible pressure orangutans are under from habitat loss, and African apes are equally stressed,” he added. “Illegal trade can only push them all that much closer to extinction, and it needs to be stopped.”