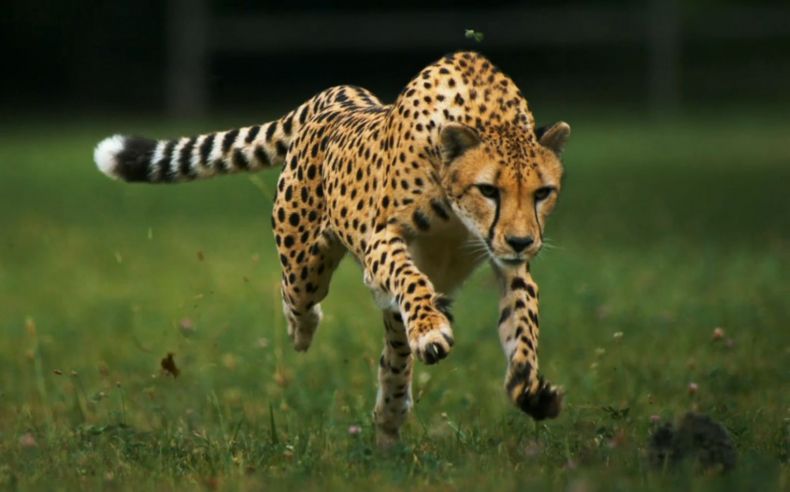 Cheetahs are the fastest land animals on earth, but they are sprinting towards extinction. Photo Credit: EcoWallpapers.net

Among the big cats of the world, it isn’t just tigers that are in serious trouble. Cheetahs, those iconic speedy predators, are “sprinting towards the edge of extinction,” according to a team of experts from the Zoological Society of London, the Wildlife Conservation Society and the conservationist group Panthera.

The team’s study shows that only a little over 7,100 cheetahs, the planet’s fastest land animals, have remained in the wild now that the animals have been driven out of 91% of their historical range, which once covered much of Africa and western Asia all the way to India. “Asiatic cheetah populations have been hit hardest, with fewer than 50 individuals remaining in one isolated pocket of Iran,” they report. The dramatic decline in the number of cheetahs has prompted the experts to request that the cheetah (Acinonyx jubatus) be listed from “Vulnerable” to “Endangered” on the IUCN Red List of Threatened Species.

Cheetahs are still doing slightly better than tigers, only 4,000 of which have remained in the wild from Russia to Malaysia. The parallels between the two big cats, when it comes to their travails in the wild, are striking. Both iconic predators have been losing out to the relentless shrinking of their habitats and rampant poaching throughout their historical ranges. They have also lost most of their prey within these ranges (to hunting and biodiversity loss), which too threatens their chances of survival. Unless these trends are stopped or reversed for the two species, tigers and cheetahs might well go extinct within a generation or two.

Because cheetahs, again like tigers, are elusive animals, it can be a challenge for experts to gather hard data on their numbers. Yet the latest study indicates that they are “likely to be much more vulnerable to extinction than was previously thought,” said lead author Sarah Durant, who is project leader for the Rangewide Conservation Program for Cheetahs and African Wild Dogs. “[C]oncerted action is needed to reverse ongoing declines in the face of accelerating land use changes across the continent,” she stressed.

We can no more afford to lose cheetahs than we can afford to lose tigers. What we need in the case of both species are stepped-up conservation efforts to bring them back from the brink.