Crocs remain both a Risk and at Risk in Sabah 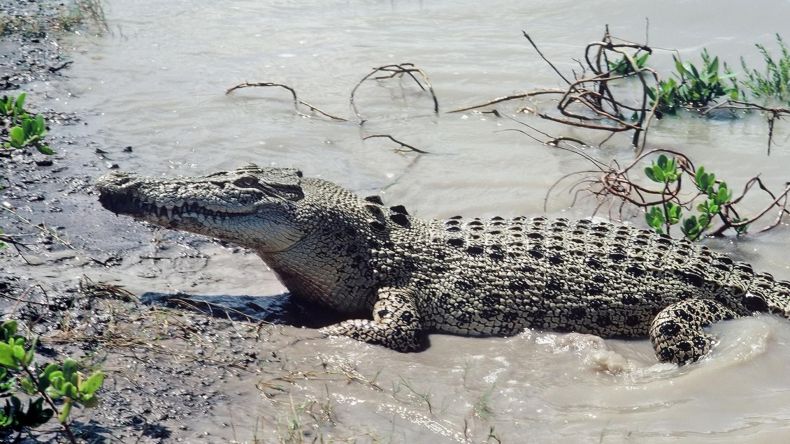 To cull them or not to cull them –  that remains the question in Sabah, regarding the state’s unruly population of saltwater crocodiles. The reptiles have been protected from being killed by law, but as a result their numbers have increased to such levels that local people living beside croc-infested waters have asked for permission to kill some of the animals.

“The probable reason for the increase of crocodile population is because for the past 30 years, we have been protecting the species from being hunted out and no hunting permits were given out since then,” said Sen Nathan, Sabah Wildlife Department assistant director. The department is set to conduct a survey to determine how many of the predators could be hunted without endangering the viability of wild crocodile populations, according to Masidi Manjun, Sabah’s minister of Tourism, Culture and Environment. 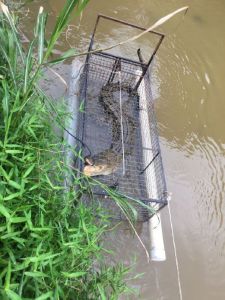 A 3.2m crocodile is caught in a trap by wildlife officials in Sabah. Photo Credit: Sabah Wildlife Department

If they are directly threatened by a crocodile, locals are allowed to kill the animal. And threatened some of them have definitely been. Deadly attacks on people have been on the rise in tandem with the growing number of wild crocodiles. Since 2010 there have been 52 reported cases of human-crocodile conflicts in the state, claiming the lives of 27 people. Livestock and pets living near rivers, too, have been regularly killed.

Just a few days ago a crocodile that had been feeding on dogs from a local riverside community was captured by wildlife officials. Nicknamed “Olog-Olog” by locals, the 3.2 meter-long male croc was caught in a trap set in the Togop River. “I directed our WRU [Wildlife Rescue Unit] to set up a crocodile trap,” said Sabah Wildlife Department director Augustine Tuuga. “This is by far, the biggest crocodile we have caught.”

“Just in a span of six years (between 2010 and 2016), more than 75 crocodiles were caught by WRUs from areas that were causing conflict with their human inhabitants, and were translocated to forest reserves and rivers, far from human inhabitants,” his deputy elucidated.