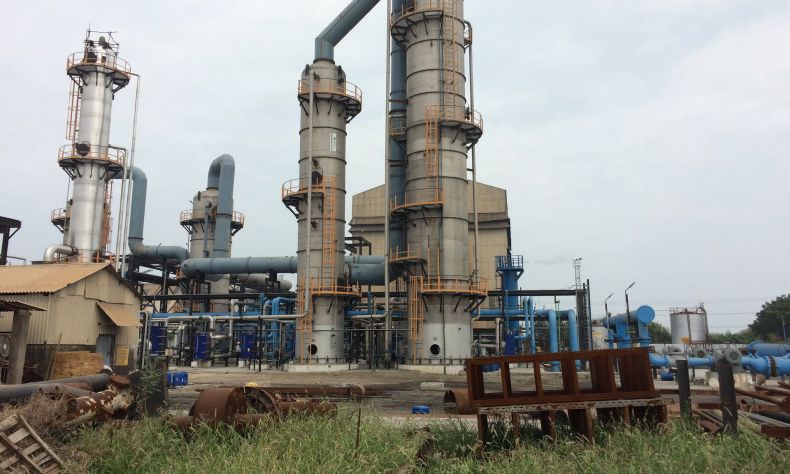 Turning carbon dioxide to baking soda. That’s what a chemical plant in India does. Sound like a swell idea? It should because it is.

The Tuticorin Alkali Chemicals plant, located in the industrial port city of Tuticorin, plans to convert some 60,000 tons of its own CO2 emissions into baking soda and other chemicals each year, the BBC reports. It’s a world first for this type of carbon capture and storage technology (CCS).

CCS is aimed at capturing large amounts of CO2 at industrial sites so as to prevent the gas escaping into the atmosphere, where it can then contribute to global warming. The captured CO2 is then either locked safely away or else used it as raw material for other substances.

It’s the latter option that the Indian plant has adopted. For its chemical production, the plant uses an industrial steam boiler, which is fired by coal because such boilers are hard to operate on renewable energy. Yet when the CO2 from the boiler reaches the chimney, it isn’t allowed to escape into the atmosphere. Rather, it is filtered out by a newly patented chemical, which was invented by two young Indian chemists. A stream of the gas is then fed back into the plant as an ingredient for baking soda (sodium bicarbonate) and other compounds that can be used in the manufacture of a range of products from glass to detergents to sweeteners.

Ironically, the owner of the plant, Ramachadran Gopalan, did not set out to save the environment, much less the world. Rather, he simply wanted to keep his plant going at full blast. “I am a businessman. I never thought about saving the planet,” he conceded to the BBC in an interview. “I needed a reliable stream of CO2, and this was the best way of getting it.”

What his case proves is that making money in an environmentally friendly manner is easily doable given some will and scientific know-how.