Poachers and Ivory Smugglers must be Stopped 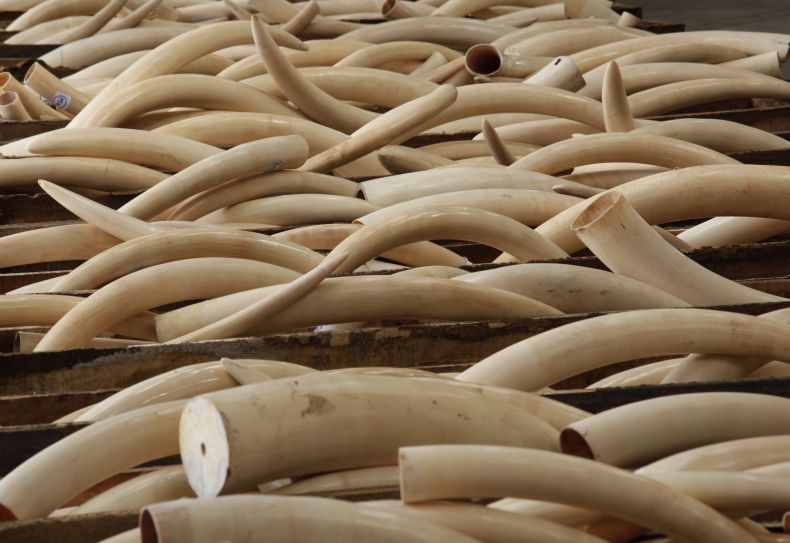 Tons and tons of African ivory continues to be smuggled into Asia, often via Malaysia. Photo Credit: Flickr

They’re a persistent lot, are they not? Wildlife traffickers, that is.

Malaysian authorities have been stepping up their efforts to clamp down on international smuggling networks that use the country as a regional transit point for the trafficking of ivory from Africa. That, though, has clearly not deterred ivory-smuggling syndicates. And so 2017 has started pretty much how 2016 ended: smugglers at their brazen game of using Malaysia as a hub for ill-gotten ivory from Africa. 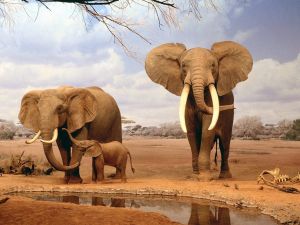 On New Year’s Day, alert customs officials at Kuala Lumpur’s International Airport, acting on a tip, discovered a large haul of elephant tusks that had been smuggled in from the Democratic Republic of Congo. The tusks weighed more than 840kg in total and would have been worth RM7.2 million on the black market: they had been flown into Malaysia in 17 crates on a Turkish Airlines flight from Kinshasa, the African nation’s capital.

Last year there were nine known cases of ivory smuggling, which amounted to a total of 1,054kg ivory seized. The year before, there were six cases, with 259.9kg of ivory seized. “The tonnes of ivory that make it to Malaysian shores is alarming due to our entry and exit points which are perfect openings to launder the tusks of freshly-killed elephants,” notes Mohamed Idris, president of the conservationist group Sahabat Alam Malaysia (SAM).

“It is simply shocking to contemplate the number of elephants who had to die to supply such a huge consignment,” the conservationist added, apropos the latest seizure of smuggled ivory.

Shocking indeed. According to the conservationist group TRAFFIC, in the decade between 2003 and 2014, Malaysia was linked to 66 confiscations worldwide, amounting to a staggering total of 63,419kg of ivory. Of these, 19 seizures were made within Malaysia with the rest consisting of shipments that had passed undetected through the country. “The sheer volume of ivory flowing through Malaysia’s ports has flagged it as a country of concern at the global level,” said Kanitha Krishnasamy, senior programme manager for TRAFFIC in Southeast Asia. “Getting tough on the traffickers involved in smuggling ivory into Asia should be a top priority for national enforcement agencies.”

It gets worse. Poachers in Sabah recently killed two wild bull elephants for their tusks, which has raised the specter of a resurgence of ivory poaching within Malaysia. Both of the animals were found with bullet holes in their skulls and their tusks had been sawed off by the poachers. The death of one of the Bornean pygmy elephants, dubbed Sabre by wildlife officials for its crooked tusks, has made headlines globally. That is to say, once again Malaysia has got into the news for all the wrong reasons.

A “saber-toothed” pygmy elephant made headlines worldwide recently. Now he is dead, having been killed by poachers. Photo Credit: Sabah Wildlife Department

To boot, the two pachyderms were killed within protected wildlife sanctuaries. “It looks like there is no safe place [left] for elephants in Sabah any more,” Dr Pakeeyaraj Nagalingam, the veterinarian of Sabah’s Wildlife Rescue unit, noted poignantly. “[W]e simply can’t afford to wait and lose more elephants in Sabah, or they will definitely share the same bleak future as our rhinoceros,” the wildlife expert added, referring to Sumatran rhinos which were declared extinct in Malaysia in 2015.

“The relevant authorities who are responsible for enforcement of illegal wildlife poaching and other illegal activities must work harder and smarter,” Pakeeyaraj  stressed. “For as long as our male elephants are walking in our forests with grown tusks, they will be targeted.”

Protecting all wild elephants can be easier said than done, however. Rangers in the state remain undermanned and outgunned, although things are changing. Sabah’s Wildlife Department have started arming its guards and rangers so that they can pose more credible deterrence to poachers. Many locals, meanwhile, have been helping out with the protection of Sabah’s wildlife by participating in the honorary wildlife warden project. “Short-term efforts need to be combined with enforcement. We need to put a stop to all poaching in our forests. We need to mount roadblocks and conduct on-the-ground monitoring of forests to ensure that poaching is not active,” Pakeeyaraj stressed.

We will also need to choke off demand for ivory at source. Encouragingly, the government of China, a country that serves as the world’s largest market for illegally obtained tusks, has said that it will ban the sale of all ivory by the end of this year. It’s unlikely that the ban will deter smugglers, brazen, heartless and unscrupulous as they are. Yet it will help authorities in Malaysia and elsewhere to roll back the illegal trade significantly … if, that is, they step up the war on poachers and traffickers so as to put them out of business once and for all.