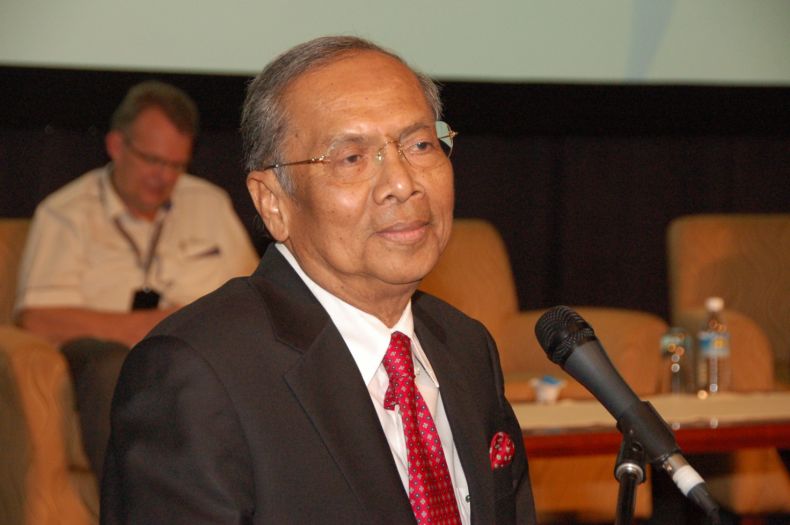 The death of Adenan Satem, Sarawak’s Chief Minister who died suddenly of a heart attack at age 72, has come as a shock to citizens of the Bornean state. It may also have dealt a blow to reinvigorated conservation efforts in Sarawak.

As we have noted previously on Clean Malaysia, during his tenure, which has now been cut short by his sudden death, the avuncular chief minister made all the right moves and noises about the need for the better conservationism of the state’s forests and wildlife. He spoke out against the rampant despoliation of Sarawak’s forests, or what he termed the “desecration” of Borneo’s extraordinary biodiversity, and promised decisive action against illegal loggers.

As chief minister, he also scrapped plans for a controversial new dam on the Baram River, which would have dispossessed local indigenous communities and destroyed over 400 square kilometers of forest. Adenan was a noted champion of native people in a state where indigenous communities have frequently lost out to the rich and powerful. He also talked up the cause of wildlife conservation and said he his administration was working on boosting the state’s wildlife conservation efforts.

After taking office in February 2014, Adenan promised to be far more transparent and accountable than his predecessor, Abdul Taib Mahmud, who had been Chief Minister for 33 years and whose administration was plagued with allegations of cronyism, corruption and the mismanagement of the state’s natural resources. Taib was accused of benefiting handsomely from timber concessions, even as the state’s forests kept shrinking and shrinking during his tenure. “Number one, I am Adenan Satem and I am not White Hair,” he famously declared as he sought to distance himself from his predecessor, referring to Taib by his nickname “Pek Moh,” or “white hair” in Hokkien.

That is not to say that Adenan was without critics. Some environmentalists accused the chief minister of failing to follow through on his promises to tackle illegal logging and encroachments on local forests by palm oil companies. He was also a close ally of Prime Minister Najib Razak, who has been embroiled in allegations of massive corruption and has sought to stifle all criticisms of his administration through strong-arm tactics.

Adenan was born in Sarawak in January 1944 and launched his political career in 1976 as a committee member of Parti Pesaka Bumiputera Bersatu (PBB). He went on to become a Member of Parliament in 2004. He was soon named Minister of  Natural Resources and Environment, a post he ended up giving up so as to return home to Sarawak, where he was appointed Special Adviser to the Chief Minister in 2010 and, a year later, Minister with Special Functions before he became Chief Minister in 2014.

Here’s hoping that his successor will pick up where Adenan left off and continue boosting efforts to protect Sarawak’s environment from further harm.