Apple is Green; Samsung, not so Much 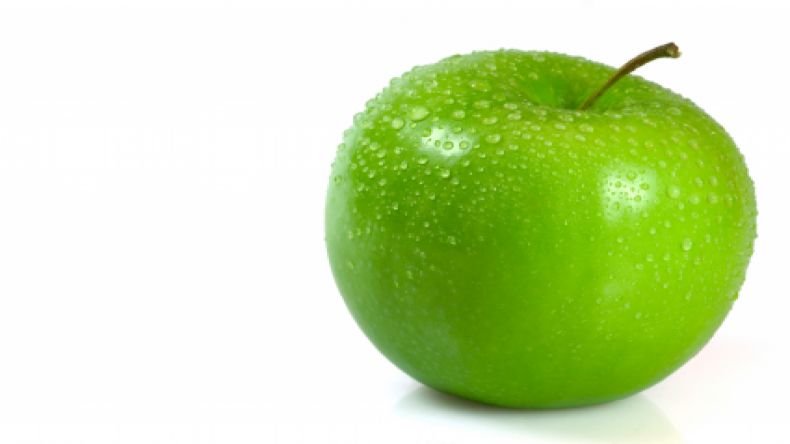 When it comes to the quality of their products, there is little that separates Apple and Samsung. When it comes to their energy footprints, however, there’s plenty of difference that sets the two hi-tech manufacturing giants apart. 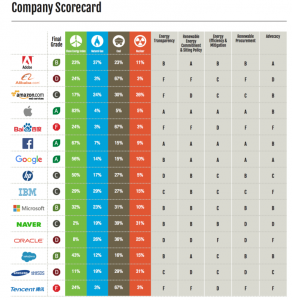 Being green in the IT sector matters a whole lot because it requires a great deal of energy to produce our beloved gadgets. In 2012, Greenpeace says, the IT industry’s energy footprint already accounted for 7% of global electricity use. This year it could exceed 12%.

Greenpeace’s annual report, called “Clicking Clean: Who is Winning the Race to Build a Green Internet,” measures the energy footprints of large data center operations by the likes of Apple, Facebook, Amazon and Samsung, as well as those of dozens of the most popular websites and apps on the Internet.

In the report, each company is evaluated based on how well they do in several areas of their operations, including the extent and efficiency of their renewable energy use and their transparency over such use. The companies are then graded from A to F. Like last year, Apple finished on top in the IT companies’ score card, earning an A with a clean energy index score of 83%. Facebook and Google also did well, with scores of 67% and 56%.

Not so Samsung and Amazon. Samsung received a lowly D with a mere 11% on its clean energy index score and Amazon did only slightly better, getting an undeserved C with 17%. Microsoft and IBM received a B and a C, respectively, with 32% and 29%.

If the IT industry laggards want to catch, they will need to make a long-term commitment to become 100% renewably powered, Greenpeace says. They should also be more transparent about their IT energy performance and consumption of resources and “develop a strategy for increasing their supply of renewable energy, through a mixture of procurement, investment, and corporate advocacy to both electricity suppliers and government decision makers.”