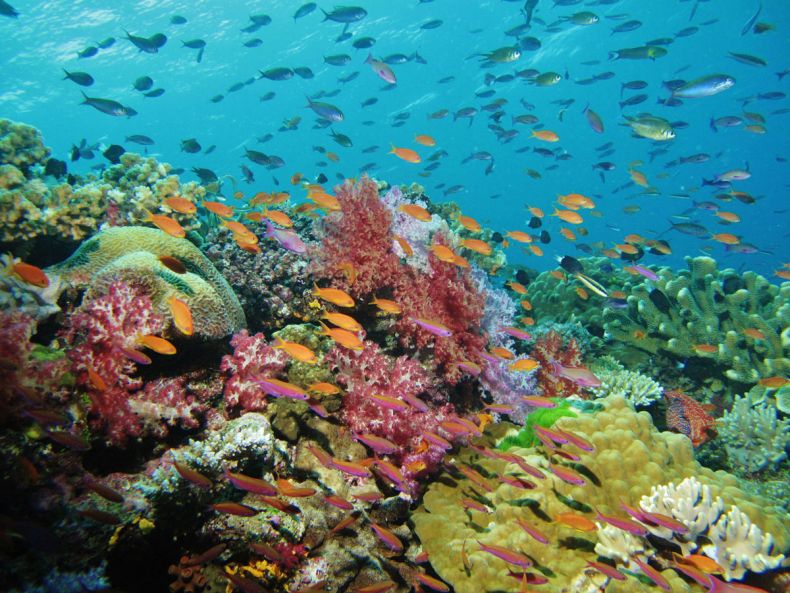 Coral reefs are among the most biodiverse marine environments on Earth. Photo Credit: Coral Reef Alliance

Malaysia’s stunningly beautiful coral reefs have been at increasing risk of mass bleaching as a result of growing water temperatures. And things, the United Nations warns, are only going to get worse for corals everywhere, Malaysia included. In coming years and decades many reefs will experience not just episodic bleaching once in a while, which is dangerous enough, but annual bleaching, which is much worse.

“If current trends continue and the world fails to reduce greenhouse gas emissions, nearly all of the world’s coral reefs will suffer severe bleaching – the gravest threat to one of the Earth’s most important ecosystems – on [an] annual basis,” the UN’s Environment Agency (UNEP) predicts.

According to a UNEP-sponsored study, published in the journal Nature Scientific Reports, rising global temperatures as a result of climate change will be posing existential threats to many of the world’s coral reefs. “Global climate models (GCMs) project great spatial variation in the timing of annual severe bleaching (ASB) conditions; a point at which reefs are certain to change and recovery will be limited,” the study notes. 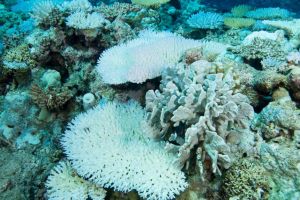 Coral beaching endangers the survival of corals and the myriad species that depend on them. Photo Credit: Flickr

It adds, however, that not all reefs will be impacted at the same time and in the same way. “Coral reef futures clearly vary greatly among and within countries, indicating the projections warrant consideration in most reef areas during conservation and management planning,” it says. Reefs off the coast of Taiwan, Bahrain and French Polynesia will be among the first to experience annual bleaching. Malaysia’s reefs won’t be far behind, owing to the region’s tropical climate.

And corals, needless to say, are under great stress as it is. Between 2014 and 2016, the world witnessed the longest global bleaching event on record. Among the hardest hit reefs was Australia’s famed Great Barrier Reef, some 90% of which underwent mass bleaching with 20% of its corals perishing.

Unless there is concerted global action to rein in greenhouse gas emissions significantly, the UN warns, the planet’s corals may well be doomed. “The projections show us where we still have time to act before it’s too late,” stressed Erik Solheim, head of UNEP. Act, therefore, countries must by living up to their pledges to reduce their greenhouse gas emissions significantly.

Corals are fragile creatures and even a relatively minor rise in ambient water temperatures can trigger mass bleaching episodes, which can endanger the thriving ecosystems that depend on corals for their survival. Malaysia’s reefs fall within the so-called Coral Triangle, which stretches over 6 million square kilometers and is home to 76% of the world’s coral species in what is the planet’s highest coral diversity.