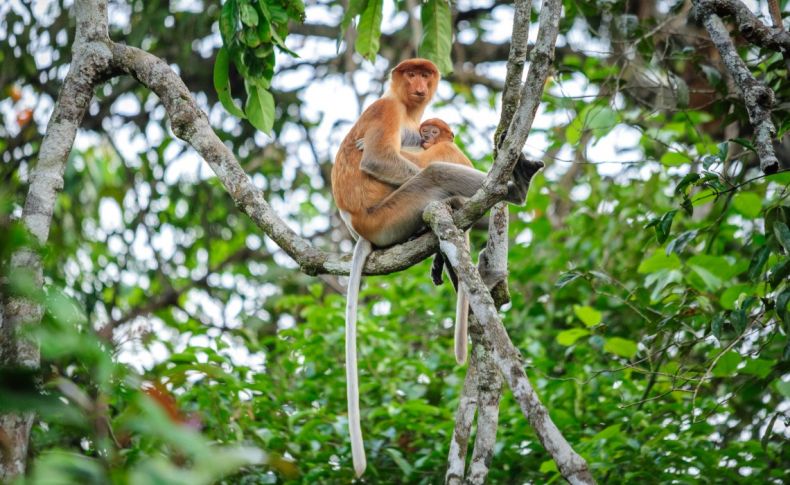 Endangered species like proboscis monkeys, along with orangutans and wild elephants, will be at a grave risk if a new bridge and road is built in the Kinabatangan Wildlife Sanctuary. Photo Credt: Wayne Wu

A new bridge and a new road. They might be a boon in most places, but not in the Lower Kinabatangan Wildlife Sanctuary, where any new infrastructure will likely pose a clear and present danger to resident animals. And so conservationists have duly raised the alarm about the prospect of a controversial new bridge and road being constructed in the village of Sukau after woods on privately owned land have been cleared in what seem to be preparations for creating a depot for road-building heavy equipment.

“Seventeen years ago, the Kinabatangan was called Sabah’s ‘Gift to the Earth’ and in 2005 the Lower Kinabatangan Wildlife Sanctuary was created to increase forest connectivity along the Kinabatangan River, protect several charismatic species such as the orangutan, the elephant and the proboscis monkey, some of them becoming, over the years, iconic species for attracting eco-tourists to the state,” explains Dr. Benoit Goossens, director of the Danau Girang Field Centre. 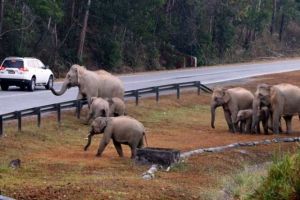 Conflicts with wild elephants will increase if a new road is built in the Lower Kinabatangan Wildlife Sanctuary. Photo Credit: Yeap Chin Aik/MNS

A new 240m bridge and a road linking to it have long been in the plans, but fierce opposition to it from conservationists have so far held back construction. Activists have insisted that the bridge, which would connect Sukau village to the western bank of Kinabatangan River, would serve to further fragment already fragmented forests in the Lower Kinabatangan Wildlife Sanctuary, which is home to large populations of wild pygmy elephants, orangutans and proboscis monkeys.

Many locals, however, would like to see construction go ahead, and it seems they may be getting their wish, much to the dismay of conservationists like Goossens, who have warned of “catastrophic consequences” if a new road is built. Among these consequences will be improved access for outsiders, including poachers, to local forests.

Good questions. Development must never come at the expense of the environment in uniquely biodiverse places like the Lower Kinabatangan Wildlife Sanctuary. Once that biodiversity is lost, it’s lost forever. Surely a bridge and a road would hardly be worth that.