Forest City in Johor comes under Fire from ex-PM Mahathir 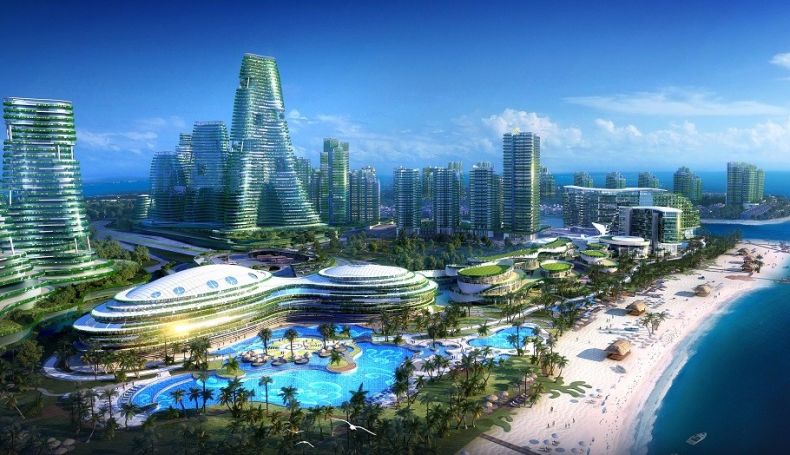 Let its developers tell you, and the mega-project Forest City in Johor will be a paragon of eco-friendliness and social amity. Critics, however, will retort that the development will be nothing of the sort.

A joint venture between China’s Country Garden Holdings Co Ltd and a Johor state-owned investment firm, the planned mixed-use project is scheduled to be built on four reclaimed islands in the Johor Strait, at the southern tip of Malaysia, over the next 20 years. Touted by the developer as a “role model of future cities,” Forest City will span 1,386 hectares and provide homes for a whopping 700,000 people.

Construction began last February and to date some 8,000 apartments have been sold. Once completed, the project will become an urban oasis with vertical greenery, advanced green technological features and sustainable modes of transportation, according to the developer. “Forest City has adopted [the] best practices to minimise environmental impact through integrated solutions to achieve zero impact to the surrounding area,” Country Garden stressed. 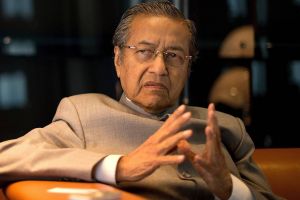 Former prime minister Mahathir Mohamad has lashed out at the sultan of Johor for backing Forest City. Photo Credit: Facebook

But not all Malaysians are buying those claims. One of those who do not is former prime minister Mahathir Mohamad. He has been a vocal opponent of the mega project, which is backed by the Sultan of Johor, Ibrahim Iskandar. Mahathir insists that the project will undermine the state’s social fabric through the large-scale immigration into Johor of mainland Chinese who will be buying up apartments in Forest City, turning the area into a “foreign enclave.”

“I doubt if many Johor Malays and [local] Chinese are buying or going to buy these apartments,” the 91-year-old politician insisted in an open letter to the sultan of Johor. “There just aren’t that many Malaysians to buy all these properties.”

To some, that may sound like xenophobia, but Mahathir does have a point insofar as the presence of hundreds of thousands of new residents in a relatively minor area in Johor could well pose serious challenges, both social and environmental. Ibrahim has hit back at Mahathir, accusing him of fanning “the flames of anti-Chinese sentiments.” “Saying China’s investment is stealing job opportunities from Malaysia is a complete lie with a secret agenda behind it,” the sultan charged.

Apparently lost in all this intemperate back-and-forth are concerns over environmental issues. Environmentalists say that Malaysia’s largest intertidal seagrass meadow off the coast of Johor might suffer irreparable harm. The development could also deal a blow to local fish stocks, thereby jeopardizing the livelihoods of local fishermen, who have been complaining bitterly about the project. At the very least, those fishermen are likely to lose their jobs because of Forest City, so there’s that.