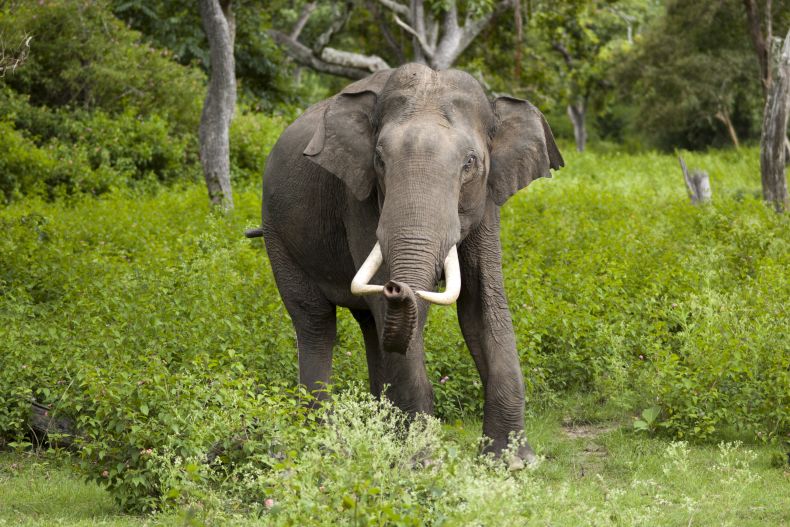 Their tusks expose elephants to perennial danger at the hands of poachers. Photo Credit: Wikimedia Commons

As often, science can come to the rescue. This time for determining whether pygmy elephant tusks seized a few days ago in North Kalimantan, Indonesia, belonged to two male pachyderms that were recently killed in Sabah.

Indonesian officials stopped a woman who was carrying five elephant tusks in Nunukan in North Kalimantan last week, and Malaysian officials suspect that at least some of those tusks might have come from the two elephants that were found dead in Sabah in late December last year. One of the elephants, nicknamed “Sabre,” made headlines worldwide just a few moths prior for its tusks, which had been growing backward in a downward arc.

Malaysian officials now want to have DNA tests conducted on the tusks seized in Indonesia to see if the tusks had come from Sabre and the other male pygmy elephant killed recently in Sabah. “So far, we don’t know exactly where the tusks could have come from,” said Augustine Tuuga, director of Sabah’s Wildlife Department. “It can only be ascertained when the Indonesian wildlife authorities had taken a statement from the person or conduct a DNA analysis to compare them with the specimens of animals killed in Sabah,” he added.

The wanton murder of the two endangered animals has enraged conservationists and animal lovers far and wide, especially since both were killed within a protected area in Kinabatangan. The two elephants were found 1.5 kilometers apart, both with bullet holes in their skulls, indicating that both animals had likely been killed by the same poacher or poachers. The state’s Wildlife Department offered a RM10,000 reward to anyone who could assist officials in tracking down those involved in the elephants’ death.

Over the past years and decades, the number of Malaysia’s pygmy elephants has dropped precipitously, exposing the tuskers to the threat of extinction in the wild. The pachyderms have seen large parts of their ancestral habitats lost forever or else badly fragmented as vast swathes of forest have been cut down by loggers and palm oil cultivators.

Elephants need ample space for roaming far and wide as they forage for food. Because of the loss of their natural habitats, however, they have ended up coming into increasing contact with humans who have been encroaching on their habitats. This has increased the risk of conflicts between elephants and people. Sadly, poachers, too, have been gaining easer access to wild elephants owing to the relentless shriveling up of forests.