To ban Kapcai or not to Ban them; That’s the Question 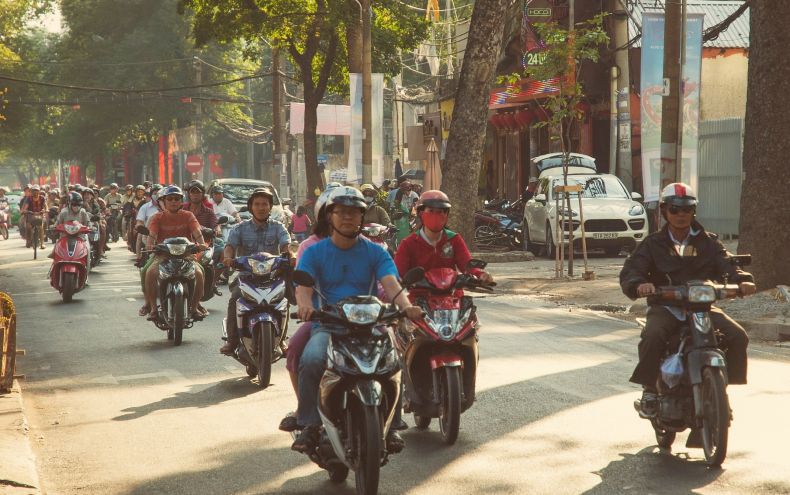 Swarms of small motorcycles can be a curse on towns and cities. Photo Credit: Flickr

The legions of motorcycles can be a scourge on Malaysian towns and cities. There they constantly are, whirring, zigzagging and whizzing by, creating health hazards and polluting the air.

So should “kapcai” motorcycles (small mopeds with engines of between 50cc and 150cc) be banned from city centers?

Yes, if you ask Federal Territories Minister Tengku Adnan Tengku Mansor, who has tabled a proposal to do just that. The minister argues that by banning the use of small motorcycles, whose drivers frequently break traffic laws by riding down on pavements, towns and cities could reduce environmental pollution in urban areas.

Not so fast, retorts Natural Resources and Environment Minister Wan Junaidi Tuanku Jaafar. It isn’t small motorbikes that pose the gravest environmental threat but larger vehicles like cars and lorries, he stresses. “Why ban the small vehicles and not the big ones?” Wan Junaidi pondered at a press conference. “Small vehicles don’t emit that much. It’s the big ones that do. Why are we stopping the small ones? We should be stopping the big ones,” he observed.

The minister has recommended conducting an environmental study to find out which vehicles are the worst polluters and then banning those. “We need to know who the biggest emitters are,” he said. “Are they lorries, buses, cars or motorcycles? For motorcycles, I don’t know because to me, it should be the big lorries that shouldn’t be allowed in.”

Wan Junaidi does have a point. But so does Tengku Adnan. Many roads and streets in Malaysian cities are perennially congested. Four out of five Malaysians (82%) own at least one car and banning at least some vehicles from at least come parts of town can help reduce not only persistently high levels of air pollution within cities but also the country’s sizable carbon footprint.

In any event, it looks like the idea of banning any vehicles at all may already be moot. Shortly after Tengku Adnan floated the idea of banning kapcais, he began to back down on it in the face of vocal opposition. “We can feel the pulse of the rakyat (people), if they do not want [the ban], we will follow the rakyat, so kapcai motorcyclists need not worry as we will not implement it,” he stressed.

So there you have it. It looks like we’ll be back to business as usual: no vehicles will be banned in the end. That decision will ensure that Malaysia’s cities will remain subject to just as much noise and traffic pollution as ever. Wouldn’t that be a pity?