Journalists are arrested for Reporting on anti-logging Protest in Kelantan 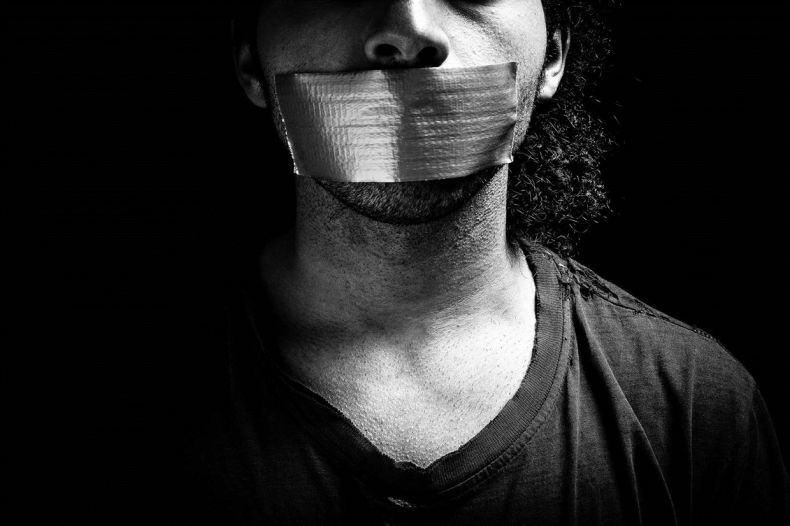 If Orang Asli protest against the despoliation of their ancestral forests, don’t report on it. If you do, we’ll arrest you. That appears to be the modus operandi of Kelantan’s Forestry Department, which detained a journalist and a cameraman for allegedly “trespassing” into a Permanent Forest Reserve in Gua Muang while covering an Orang Asli demonstration there.

The two Malaysian freelance journalists, who work for Channel News Asia in Singapore, were detained, along with 16 indigenous activists, at the site of an Orang Asli anti-logging demonstration within the reserve. Dozens of indigenous activists have been manning a blockade in Pos Bihai in Kelantan’s Gua Musang district in protest at ongoing logging in the area. 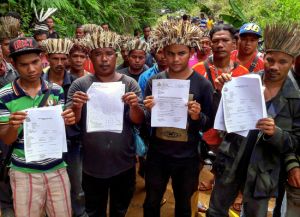 Members of Orang Asli communities in Gua Muang, Kelantan, have been protesting against illegal logging for months. Photo Credit: The Sun Daily

The Malaysian Human Rights Commission (Suhakam) has condemned Kelantan authorities over the journalists’ arrest, which it says violates the freedom of expression in Malaysia. “The Forestry Department has gone too far,” the human rights organization said in a strongly worded statement. “Their conduct is that of thugs and gangsters and are simply against the law. It must not and will not be tolerated.”

Suhakam has also spoken out in defense of Orang Asli communities’ right to protest against what they see as injustice. “Despite clear evidence that the situation of the Orang Asli constitutes a serious derogation of Malaysia’s obligations to respect, protect and fulfil their rights, the government has done little to meaningfully address their situation, and the Orang Asli continue to lose more land and with it the enjoyment of related rights,” it stressed.

“All harassment and destruction of their properties must end immediately,” Suhakam said. “Logging activities in the Balah permanent forest reserve must also cease as it is illegal and against the rights of the Orang Asli.”

The human rights organization Lawyers for Liberty has echoed those sentiments in its own statement on the arrest of the two Malaysian journalists. “These arrests are a serious assault on democracy and freedom of the press and must be condemned,” it said. “Such high-handed behaviour will only send a chilling message to the press to self-censor or not cover such events or else they may be arrested.”

Sadly, the freedom of speech has come under increasing assault in Malaysia, where the powerful, including Prime Minister Najib Razak, have sought to muzzle the press. In late December two environmentalists were arrested for a Facebook post that was deemed “insulting” to Johor’s Sultan, Ibrahim Iskandar.

The freedom of  speech is a fundamental right in any just society. It must be upheld and protected.