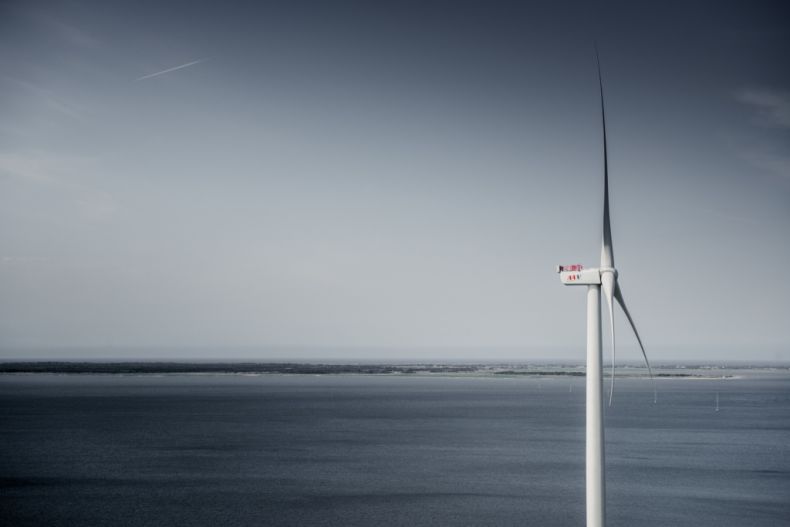 This one is a biggie. A new wind turbine, that is.

A company in Denmark has unveiled a giant wind turbine that can generate 216,000kWh (kilowatt hours) in a single day. MNI Offshore Vistas Wind has built the prototype turbine at Østerild, a national test center for offshore wind turbines, and has already set an energy generation record for a commercially available offshore wind turbine with it.

Is larger the better when it comes to wind turbines? In a way, yes. Larger, more powerful turbines can harness the power of winds more efficiently, and so fewer of them can produce more energy, which makes wind power generation more affordable. The new record-holder, called V164, boasts a “swept area” (the area covered by its rotating blades) of 21,124 square meters. Each of its blades is 80 meters long and weighs 35 tons. The turbine is a whopping 220 meters tall.

“Our prototype at Østerild sets yet another record for power production, producing 216,000 kWh over a 24 hour period,” the company noted in a press release. “We are confident that the 9 MW machine has now proven that it is ready for the market and we believe that our wind turbine will play an integral part in enabling the offshore industry to continue to drive down the cost of energy.”

All this is good news. With improved technology, wind power is becoming more enticing for energy companies worldwide. As converting wind power into electricity becomes more and more efficient, this type of renewable energy is set to become an ever larger part of energy generation in windswept,  geographically suitable locales. Needless to say, wind energy is clean energy.

In tandem with technological advances like this one, the price of wind-generated electricity has been dropping steadily in places like the US, where costs have gone down by two-thirds over the past six years alone. In Europe, too, costs are falling fast.

“A single rotation of an eight-megawatt turbine will cover the daily electricity consumption of an average British household,” Benj Sykes, vice president of Dong Energy Wind Power in Britain, told the Guardian newspaper. “Offshore is a reliable and increasingly cheap source of energy, with no lasting harm to the environment,” he added. “It will soon be simply unbeatable.”

Each blade is 80 metres (262 feet) in length and weighs 35 tonnes, and the whole turbine stands some 220 metres (722 feet) tall. For some context, that’s two-thirds of the way up the Eiffel Tower.