WCS: Penalize People for having Snares 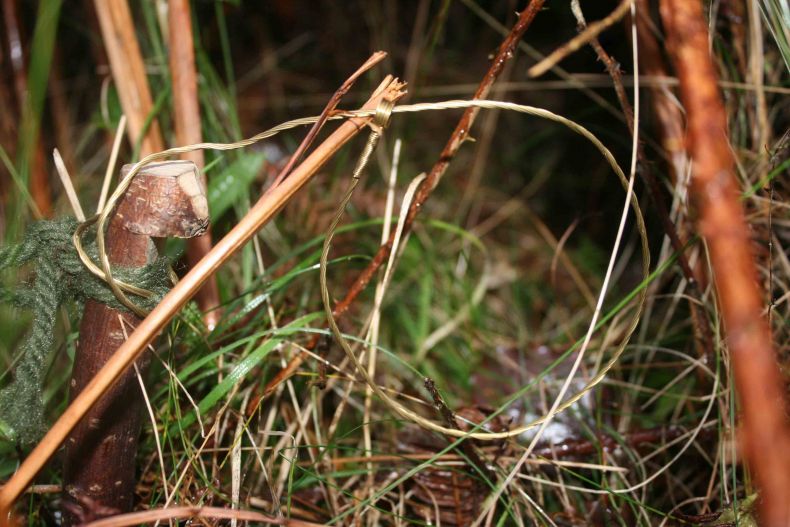 Even simple jerry-rigged snares like this can cause grave harm to wild animals. Photo Credit: Trans Papua Blog

Lying in wait within forests in Malaysia and much of the rest of Southeast Asia are pernicious killers. There they are underfoot and in the undergrowth, waiting for new victims to ensnare.

Literally ensnare because we mean snares.

They tend to be homemade contraptions fashioned from wire or cable and set up in forests by indigenous hunters and wildlife poachers. Snares, which can be triggered by a slight touch, can catch passing animals, large and small, indiscriminately.

Once an animal gets its foot or other body part caught in one such snare, it frequently dies a slow death, from thirst, starvation, blood loss or predation by other animals. Even if wildlife officials discover some snares before poachers can return to them, animals caught in the primitive contraptions may by then be too sickened or too badly injured to make it. If they’re lucky, they may end up with the loss of a leg or a paw but survive.

“Animals suffer horribly as snares can be left unchecked for several days on end,” notes Dr Melvin Gumal, director of Wildlife Conservation Society Malaysia. “Sometimes we come across animals that fight to get out of snares and there are marks ripped across the tree bark. And there are times when animals die and their carcasses are found left on the snares.”

In fact, snares remain so pervasive in Malaysia and elsewhere that the Wildlife Conservation Society (WCS) calls their widespread use in Asian forests a “crisis.” And a crisis it indeed is, as we noted on Clean Malaysia a year ago. “Though law enforcement removes hundreds of thousands of the devices from protected areas each year, the authorities have struggled to keep up. Snares are so cheap to produce, they’re easily replaced,” WCS experts point out in a new article published in Science magazine.

So what to do about snare traps? For starters, the experts want to see laws passed to penalize people found possessing such snares and the materials used to create them within protected areas. “Without such reforms and their enforcement,” they write, “the specter of ’empty forests’ will become even more likely.”