Lasah remains in Chains … for Shame 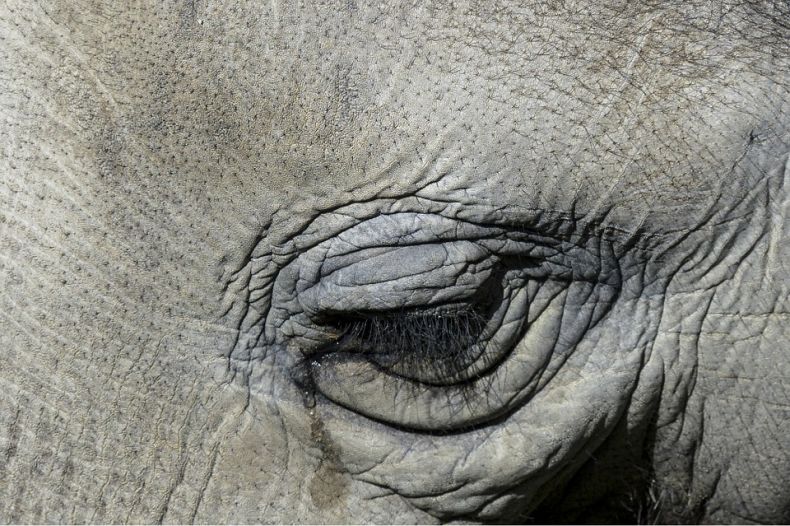 Elephants are highly social animals that love to roam. Keeping them chained up for the amusement of people is cruel. Photo Credit: Pixabay

You would think that it would be a simple matter: following a public outrage over his ill-treatment, wildlife authorities would step in and rescue Lasah, an ageing work elephant, from facing further daily abuse at a tourist site. But no, you would be wrong.

Last July the conservationist group Friends of the Orangutans (FOTO) first brought attention to Lasah’s plight at the Langkawi Elephant Adventures (LEA) amusement park on Langkawi island in Kedah, where he has languished for the past decade. More than six months on, Lasah remains in chains there … literally so. The elderly Asian elephant is used for the amusement of tourists and when he isn’t, he’s changed up all alone. That kind of solitude is a painful experience for elephants, which are highly social animals.

FOTO wants to see Lasah transferred to the Kuala Gandah Elephant Sanctuary in Sabah so he can live out the rest of his life in comfort and well-earned retirement. Despite its efforts, however, the conservationist group has not yet had success in convincing authorities to intervene on Lasah’s behalf.

“Lasah has been abused and exploited for a very long time and we will continue to ask the NRE [the Ministry of Natural Resources and Environment] to cancel LEA’s license to keep this wild-born elephant and transfer him to the sanctuary where he could be rehabilitated for possible wild release or at least spend the rest of his life with other elephants under the watch of experienced and caring Perhilitan staff at Kuala Gandah,” Upreshpal Singh, FOTO’s director, stressed in a press release sent to Clean Malaysia.

According to the conservationist group, following its revelations about Lasah’s maltreatment at the amusement park, the Department of Wildlife and National Parks (Perhilitan) looked into the matter but pronounced the elephant to be healthy and kept in accordance with wildlife laws and regulations. Meanwhile, a representative of the amusement park on Langkawi dismissed FOTO’s charges as slander and slammed the nonprofit for turning to wildlife authorities over Lasah’s treatment.

In other words, Lasah’s prospects remain as bleak as ever, despite an online signature writing campaign by FOTO to secure his release that has garnered 400,000 signatures over the months. “Lasah, a Malaysian animal, is left to rot while millions have been spent on pandas from China,” Singh noted poignantly. “This is utterly embarrassing and hundreds of thousands of animal lovers worldwide are focussing on Malaysia, waiting for the NRE to give Lasah a new life. If he dies in captivity the government won’t be forgiven.”

Elephants are highly social animals that love to roam. Keeping them chained up for the amusement of people is cruel. Lasah deserves better. In fact, we all do. The way a society treats its animals reflects that society’s core values. That’s another reason why Lasah must be freed and allowed to retire.