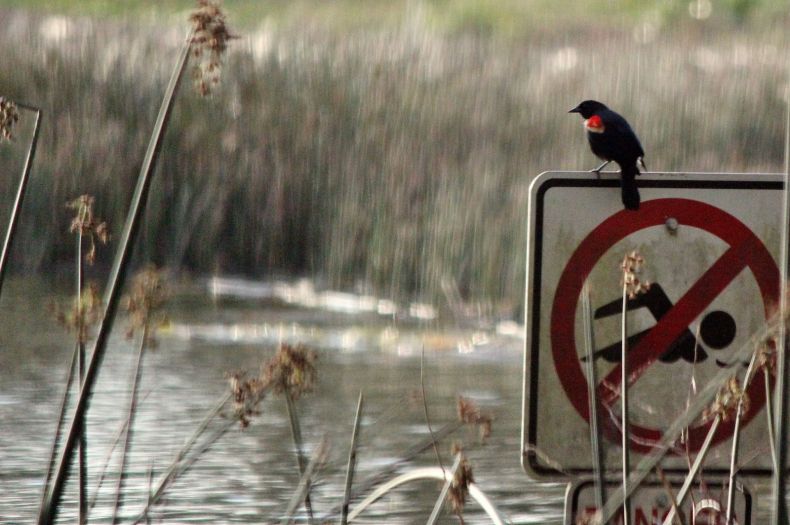 Small ponds left behind by bauxite miners in Kuantan have taken the lives of children. Photo Credit: Pinellas County Parks

They are “child magnets,” according to an MP in Kuantan. Holes in the ground left behind by bauxite miners in the Kuantan area, holes which have since been filled with water, appearing like handy little pools to local children who may feel like taking dips in them in the heat.

The pools can be deadly, though. In a tragic accident, three children drowned in one such pool a few days ago in Taman Sungai Karang Jaya, prompting local authorities to issue a warning about the ponds. they have called on miners to fill up the holes to prevent further tragedies from happening.

“The ministry will find out how to make these measures compulsory for all mines,” Wan Junaidi Tuanku Jaafar, minister of Natural Resources and Environment, announced. “I hope the mine operators will see that these steps are taken while the ministry seeks a way to compel all mine operators to fulfil these requirements in future.”

These pools are yet another legacy of the rampant and unregulated mining activities in Pahang that have wreaked havoc with the local environment. Toxic substances have contaminated local rivers and water supplies; they have tainted the soil; they have entered the food chain and raised the specter of a public health care calamity. Last January the federal government issued a moratorium on all mining in the state, and the ban remains in place after several extensions to it. Sadly, however, the damage to Pahang has already been done.

Local conservationists have long been issuing warnings about the dire state of environmental affairs in Pahang and elsewhere, yet their warnings have gone largely unheeded by officials. Short-term financial considerations have routinely sidelined concerns over the long-term health of Malaysia’s environment. The bauxite mining fiasco in Pahang has been a prime example of that.

“Bauxite mining is quick money,” Sharifah Sabrina Syed Akil, president of the Association of Malaysian National Treasures Protectors (Peka), observed.  “So it’s only the lazy people who still support the rampant bauxite mining in the state. They don’t think long-term. They are selfish.”

Sadly, three children have now paid with their lives for that myopic selfishness.