Crocs are quite a Handful … Literally 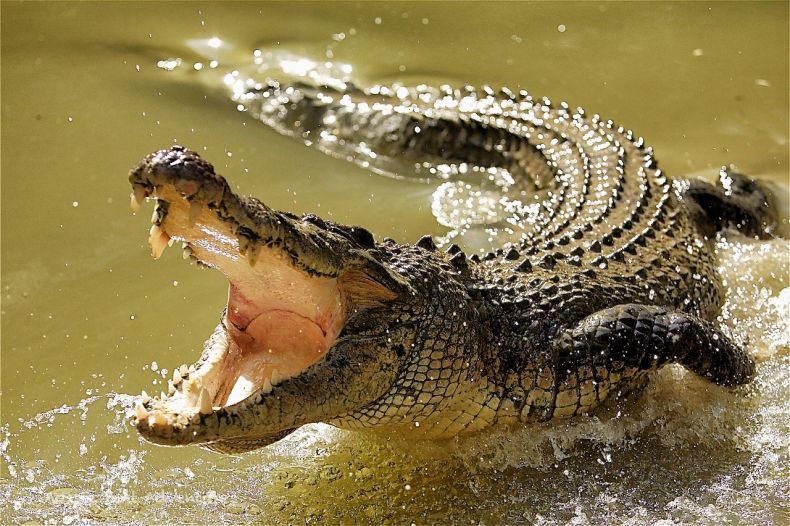 Using a simple rod, some village children went fishing by the side of a river in Kuantan. They ended up hooking an unlikely catch: a sizeable saltwater crocodile. Their exploit, which was captured on a mobile camera, has made headlines worldwide.

The croc was later released by officials elsewhere in the river, much to its relief, no doubt. 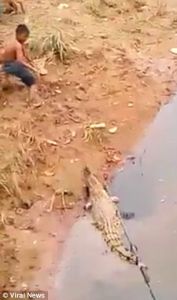 The incident has helped highlight the rich biodiversity of Malaysia but it also illustrates what has become a common occurrence near several rivers in Malaysia: increasing encounters, at times deadly, between locals and the predatory reptiles. The crocs, whose numbers have proliferated in recent years in certain areas, have been sighted near populated areas, prompting officials to warn locals to remain vigilant near rivers where saltwater crocodiles have been reported to be preying on pets and livestock.

In both Sabah and Sarawak, crocs have become plentiful thanks to conservation efforts. In Sarawak, the reptiles have more than doubled in number since 1985 in some areas with an estimated 13,500 individuals living in the state’s 40 rivers, according to official figures. That translates into 2.18 crocodiles for every 2 kilometers of river, or at least one crocodile for every kilometer of water.

In tandem with the rise in their numbers has come a rise in deadly attacks. In the 1970s four people in Sarawak died in crocodile attacks. In the following decade the number of people who died surged to seven. In the 1990s, 11 people were killed in 20 recorded attacks. In the first decade of the new century 19 people died in 43 attacks. Since 2010 there have been 52 reported cases of human-crocodile conflicts, which claimed the lives of 27 people.

Recently Malaysian authorities petitioned the Convention on International Trade in Endangered Species of Wild Fauna and Flora (CITES) to allow regulated culling and trading in wild crocs. CITES, an international treaty aimed at wildlife conservation, has consented: It has downgraded the protection level of Sarawak’s saltwater crocodiles from its stringent Appendix I level to a more permissive Appendix II ranking.

It will be a fine balancing act to ensure that crocs continue to thrive in Malaysian waters while also making sure that locals can live by the rise of rivers untroubled by the frequently pesky reptiles.