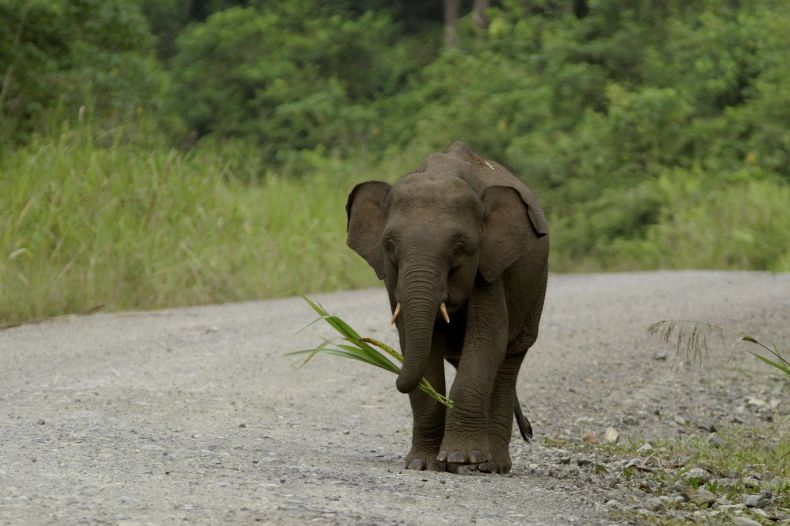 Malaysia’s pygmy elephants have lost 70% of their natural habitats in just 35 years, according to the Management and Ecology of Malaysian Elephants (MEME) project. Let that one sink in: more than two-thirds of their roaming grounds in a generation. Shocking, yes.

Malaysia’s pygmy elephants (Elephas maximus borneensis) have been losing out to relentless development and various forms of human encroachment. That’s hardly news. Yet just how much territory they have lost within a few short decades is still alarming.

“Unfortunately, we still do not know well [the elephants’] distribution in non-human dominated landscapes, such as forest reserves and protected areas,” said Caroline Christine Russell, a council member of the Sime Darby Foundation. “We need urgent solutions and initiatives to stop the decrease of wildlife populations in Malaysia, including elephants, before it is too late. We also need better baseline data to monitor the status of their population in the long term,” she added.

In other words, the placid pachyderms are getting increasingly boxed in on all sides by urban settlements and agricultural plantations within their ancestral forests. Because elephants need plenty of roaming ground to forage for food and find mates, they are becoming exposed to a variety of hazards, from coming into dangerous contact with people to getting poached for their ivory.

Recently two wild bull elephants were killed for their tusks only a kilometer or so apart within a protected forest in Sabah. The case has alarmed conservationists, who fear that more of the country’s emblematic pachyderms might fall victim to unscrupulous wildlife traffickers. The two elephants’ tusks may have ended up in neighboring Indonesia.

As if that was not bad enough, Malaysia’s endearing yet increasingly endangered pygmy elephants are also facing the prospect of losing their genetic diversity through increasing inbreeding. As individual herds of them get cut off from one another through the fragmentation of their forests, the animals may become unable to find suitable mates. That increases the risk of homozygosity, which increases their offspring’s chances of being born with birth defects or deleterious traits.

Sustainable forest management may yet save the country’s elephants and other endangered wildlife. It isn’t yet too late. Alongside conservationists and dedicated teams of wildlife officials, MEME is working on saving Malaysian elephants by protecting the pachyderms and their forests. Yet conservationists have their work cut out for them, in the face of relentless logging and deforestation, both legal and illegal. Unless their remaining habitats are spared, however shriveled up they are, Malaysia’s endemic elephants face a very bleak future. Is that a future we want to inherit? We didn’t think so.