Malaysian Man kept a Tiger, a Leopard Cat and a Caiman as Pets 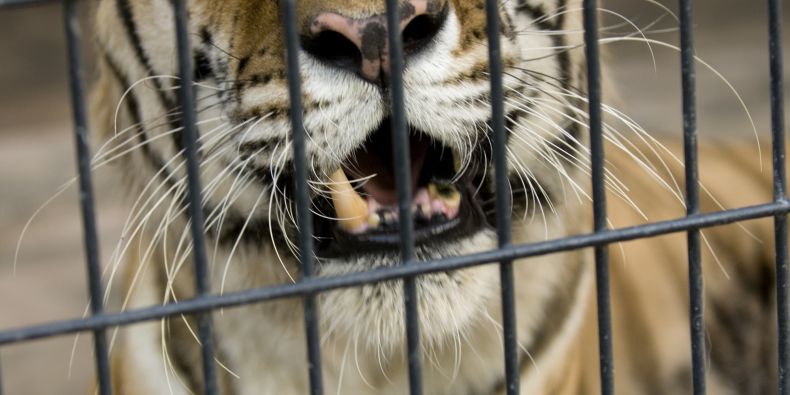 Wild animals aren’t supposed to be pets and they certainly don’t belong in people’s homes. This simple fact, though, hasn’t stopped some Malaysians from keeping protected species as pets at home. The exotic wildlife trade across the country is thriving, most of it conducted online.

At times it’s not just small critters like exotic birds, endangered turtles or slow lorises that people keep as pets or seek to do so. It can be large and fierce animals like tigers. To wit: a Malaysian man, an engineer by profession, has pleaded guilty in court to keeping a private menagerie of protected animals, including a female Malayan tiger, without permits at his home in Kampung Gahal Jaya, in Selangor.

The man, Mohd Taha Abd Wahab, also had a leopard cat, a mouse deer, a Schneider’s dwarf caiman, in addition to several exotic birds. Each of the animals he chose to keep as pets is protected by Wildlife Conservation Act 2010. He faces the prospect of up to five years in prison and a fine of up to RM500,000 for keeping a Malayan tiger without a permit. He is also facing further charges, nine in all, for keeping other endangered species. 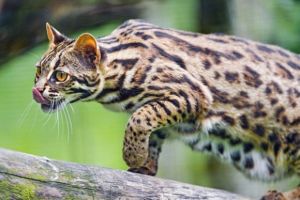 A leopard cat was among several exotic species that an engineer in Selangor kept at home. Photo Credit: Ancient Origins

His lawyer insisted that his client, a 51-year-old father of four, was an animal lover who kept members of endangered species as a form of “therapy.” “It’s my client’s hobby. His mistake was not having a licence,” the lawyer explained. “He is not trading in animals, he is an animal lover. He is suffering from heart disease, keeping animals is like therapy for him.”

Make of that what you will, especially as cats and dogs could have served that same therapeutic purpose. Cats and dogs have been domesticated for just that purpose, whereas wild animals like tigers and caimans have not. Needless to say, Malayan tigers do not belong in cages, much less as pets at people’s homes. There are only a few hundred Malayan tigers left in the wild across the entire country, which has pushed the species closer to the verge of extinction. Many other wild species are faring the same or only slightly better in the country, which is renowned worldwide for its biodiversity but has seen its natural habitats disappear and its endemic species decimated by poachers.

The exotic pet trade, too, is taking its toll on endangered animals. The man said he had bought the animals at a pet shop near his home, which indicates that you don’t have to go far if you have the money and want to buy a tiger as a pet. The trade in endangered animals must be stopped once and for all.