We are Starving the Oceans of Oxygen 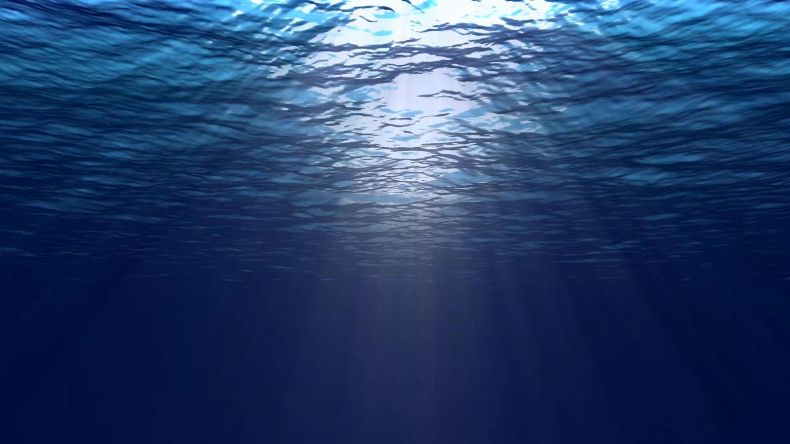 Aquatic lifeforms need oxygen to survive, but there's less of the life-giving gas to go around in the world's oceans. Photo Credit: MIT

We all need oxygen to live, and so do marine animals. The trouble is that sea creatures have less and less oxygen to draw upon as a result of human activities.

According to a new study, the amount of oxygen in the world’s oceans has dropped by 2% over the past 50 years or so. The reason: our constant polluting of the planet’s oceans with chemicals and of the planet’s atmosphere with greenhouse gases.

Ongoing climate and environmental changes globally have caused ocean water temperatures to rise, which has in turn triggered changes in ocean circulations. “Therefore less oxygen is dissolved in surface waters and less oxygen is transported into the deep sea,” explain oceanographers  from the GEOMAR Helmholtz Centre for Ocean Research in Germany, who have carried out a comprehensive analysis on oxygen loss in the world’s oceans.

The drop in oxygen levels in ocean waters has not been dramatic as yet, but it can still have adverse effects for fisheries and coastal economies. the researchers say. “While the slight decrease of oxygen in the atmosphere is currently considered non-critical, the oxygen losses in the ocean can have far-reaching consequences because of the uneven distribution,” is how Lothar Stramma, a co-author of the study, which has been published in the journal Nature, puts it. 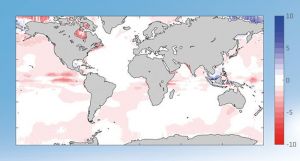 A map of oxygen drops in percentages between 1960 and 2010. Photo Credit: GEOMAR

This global survey on oxygen levels is the most comprehensive of its kind ever conducted. The German researchers have found that it is in the North And Equatorial Pacific ocean regions that the largest drop has been documented, accounting for almost 40% of the 2% global total. What’s worse is that the amount of sea water with no oxygen content at all has increased fourfold since the 1960s.

Why? Because we have been pumping noxious chemicals, including loads of fertilizers, into the planet’s seas, and as a result algal blooms have become increasingly common. Blooming algae use up all the oxygen in large swathes of water, leaving oxygen-starved dead zones where marine lifeforms can no longer survive.

There is more. Warm water is lighter and expands more, which means it acts as a sort of filter by preventing more oxygen from reaching deeper down into the oceans. That is why the worse affected areas are so-called oxygen minimum zones, which lie at between 200 meters and 1000 meters below the surface. In addition, warm surface water is also less efficient at locking up oxygen molecules, which have an easier way of escaping back into the atmosphere. And if there is less oxygen near the surface, there is even less deeper down beneath it.

As the planet continues to warm up, this process is bound to accelerate. The German researchers estimate that by the end of the century oxygen levels in the planet’s oceans will have dropped by up to another 7%. That, needless to say, is a very scary thought indeed.