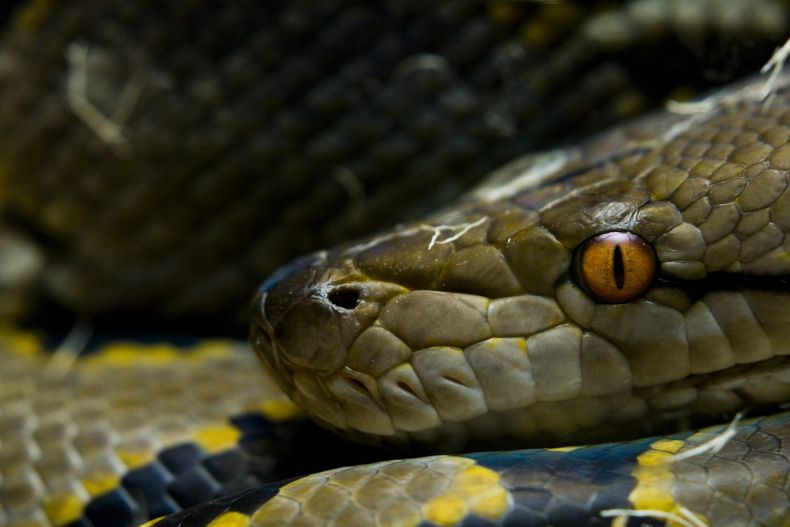 Pythons are among Malaysia’s most iconic wildlife species, and many of them are impressive specimens. Last April construction workers at a building site in Penang came across a giant python that was possibly the longest python ever caught alive (at least in recent recorded memory), measuring just a fraction under 8m as she was.

Now a fisherman in Johor may have caught an even longer snake. According to a news report, the local man from Buloh Kasap ended up landing a giant reticulated python by snaring the snake accidentally in his net. When officials from the local Fire and Rescue Departmen measured the snake, it proved to be 8m long, which would make it marginally longer than the python caught in Penang last year. 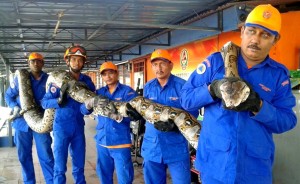 The giant python caught in Penang last year died of what was likely stress shortly after it had been caught, which meant that Malaysia never had the chance to enter the local animal in the Guinness World Records, which currently recognizes a reticulated python called Medusa as the world’s longest with a length of 7.67m.

Its American keepers, a production company in Kansas City, market Medusa as a primeval beast of sorts. The female reptile serves as the primary attraction in a Haunted House-style show called “The Edge of Hell.” That characterization is unfair to pythons insofar as they are hardly freaks of nature.

Having said that, pythons can be dangerous animals. “We try to keep Medusa well-fed and slightly out of reach as there have been instances with Reticulated Pythons where they’ve had to cut people out of them! We never underestimate that she does always have the upper-hand,” Medusa’s handler Larry Edgar explains.

A few days ago an Indonesian man learned to his cost in Terengganu that you handle a reticulated python at your own risk. The man was on his way home on his motorcycle when he came across a large snake crossing the road. He reportedly tried to capture the serpent, which did not take kindly to this. The snake attacked the man, wrapped him in a deadly squeeze, and strangled him to death.

“We tried to help but the snake acted aggressively and my wife rushed to the village for help,” an eyewitness was quoted by the Bernama news agency as saying.

Morale of the story: by all means, let us marvel at pythons and other wonders of nature. But do not trouble them. Let them be and they’ll be more likely to let us be in return.