Showcasing the Wonders of Borneo 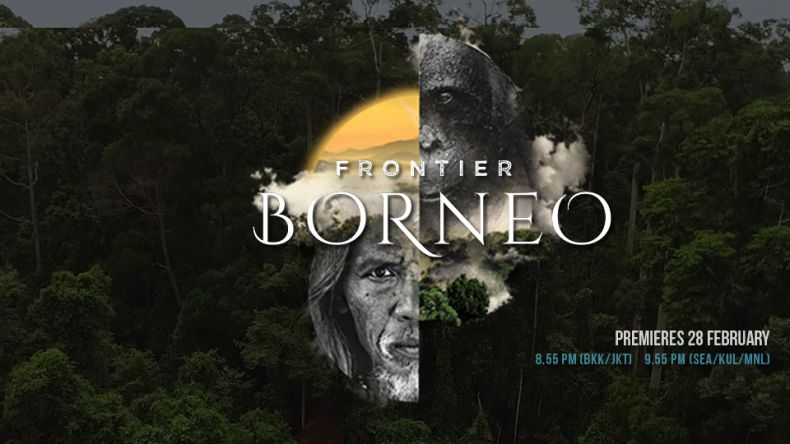 Borneo is an island of natural wonders with one of the world’s highest levels of biodiversity. This a well-known fact and it hardly needs restating.

Or maybe it does indeed need to be stated and restated constantly, considering the existential threats that many of the island’s natural habitats and their inhabitants have come to face. Or better yet, it needs to be shown … preferably in stunningly vivid detail.

The new documentary series “Frontier Borneo,” which premiers on Discovery Channel on February 28, will do just that: showcase the natural wonders of the island and the threats they face. Produced by Singapore-based Beach House Pictures and Kyanite TV, the series will “explore the rich biodiversity of the world’s third largest island while tracing a cast of characters attempting to protect and preserve the region,” the makers of the series explain.

The documentary series, which is narrated by the Welsh actor Luke Evans, will feature 10 episodes, each 30 minutes long and each highlighting a different aspect of the island’s natural environment. Thanks to cutting-edge filmmaking technology, from panoramic aerial photography to stunning close-ups underwater, the series have captured “never-before-seen images of Borneo, revealing the island’s landscape and the reality of frontier living.”

Various environmentalist groups and Malaysian government agencies have participated in the making of the series, lending it an aura of extra gravitas and insight. “We really wanted this series to paint the world’s third largest island in an entirely different light,” explains Bryan Seah, head of original content for Southeast Asia at Discovery Networks Asia-Pacific.

“Apart from spotlighting Borneo’s stunning wildlife,” he added, “we wanted to pay tribute to the stories of the unsung heroes — the men and women who are at the frontier in the critical fight to preserve the flora and fauna of Borneo.”