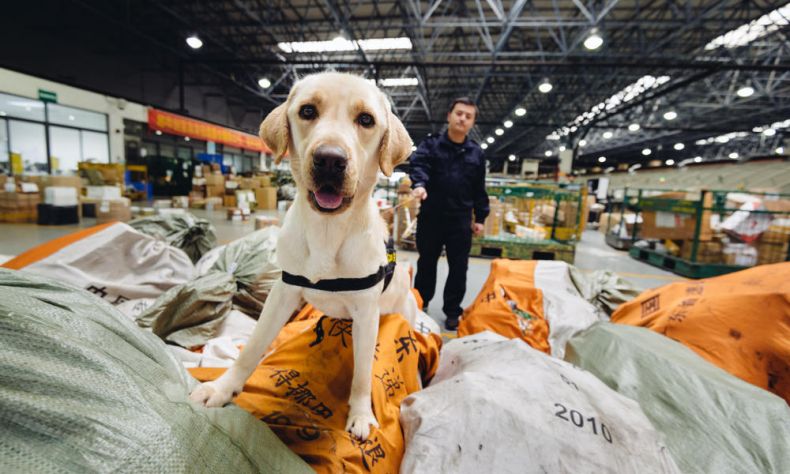 Wildlife traffickers tend to be a wily lot. Routinely they can easily avoid wildlife and customs officials by hiding their ill-gotten merchandise of ivory and rhino horns in well-concealed packages.

Enter canine wildlife guardians. With their acute sense of smell, which is a thousand times stronger than that of humans, so-called detector dogs are being trained from Europe to Africa to Asia to sniff out concealed hoards of ivory, bear bile, live birds, snakes and other wildlife contraband. Wildlife detector dogs are already used in 10 nations within the European Union, including Austria, the Czech Republic, Italy, Germany and the United Kingdom.

“Sniffer dogs are often employed at airports, shipping ports, transportation centres and national parks,” explains the World Wide Fund for Nature. “They work alongside a handler to quickly scan cargo, luggage, packaging, vehicles or areas for illegal contraband. The dogs only sniff out wildlife products for short periods of time (often working interchangeable shifts throughout the day), yet they make a big difference. They not only increase efficiency and detect hard-to-find substances but their presence also provides a strong deterrent to traffickers and helps raise awareness in the public about the illegal wildlife trade.” 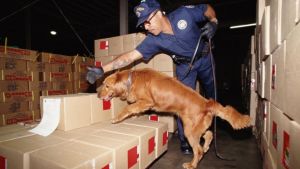 Sniffer dogs have long been used at airports to locate narcotics and other contraband in bags and packages. Some of them have been trained to find landmines buried underground in conflict zones. They have also been deployed, alongside wildlife rangers, in some tiger ranges from Russia to China and from Nepal to India to combat rampant poaching.

In India, a sniffer dog program supported by TRAFFIC and WWF-India, employs 27 detector dogs. One of them called Jimmy was awarded a Certificate of Merit by the Governor of Madhya Pradesh in 2013 after he helped uncover upwards of 25 wildlife poaching and smuggling cases.

“Over the years, the detector dogs have made a number of remarkable discoveries,” TRAFFIC notes. “Contraband found by the dogs includes shark fins, corals, caviar and ivory.” One sniffer dog earned its keep by finding illegally trafficked sea turtle eggs in a passenger’s luggage at Frankfurt airport. “After the eggs were confiscated, they were incubated at Frankfurt Zoo,” the anti-trafficking NGO notes. “Weeks later, five healthy sea turtle hatchlings flown to the Seychelles, where they were released.”

More power to these alert canines!