Cheers to Attenborough for joining Calls to scrap ‘Bridge to Extinction’ 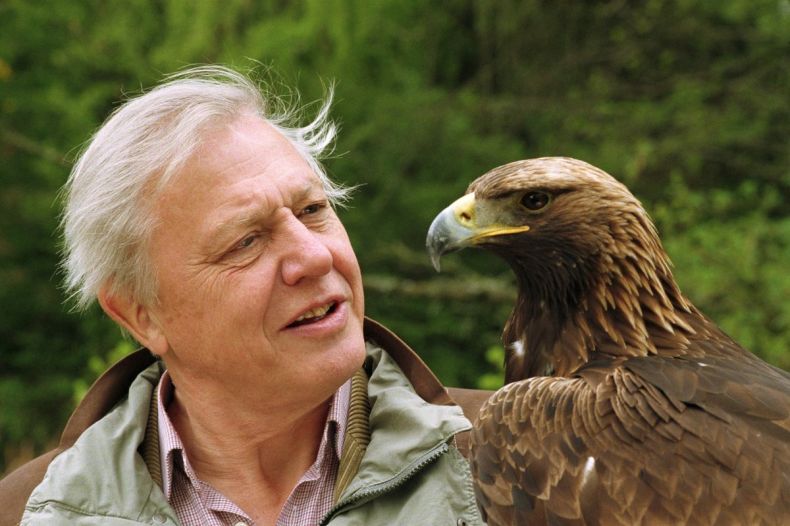 Famed British naturalist David Attenborough has lent his support to a campaign to scrap a planned new bridge in a wildlife sanctuary in Sabah. Photo Credit: University of St Andrews

Local conservationists have long been protesting plans to build a large new bridge with a paved new road linking to it in the Lower Kinabatangan Wildlife Sanctuary. They say the bridge would serve to further fragment already fragmented forests while it would also make it easier for poachers to gain access to protected species.

Now these concerned conservationists have a high-profile supporter: David Attenborough. 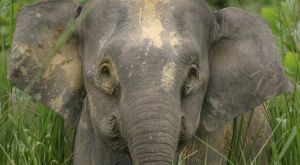 Bornean pygmy elephants like this one would end up being boxed in even more by the new bridge. Photo Credit: WWF

The veteran English filmmaker and globetrotting naturalist, who is beloved the world over for his stunning wildlife documentaries, has joined the ranks of people who have called on government officials in Sabah to scrap the plans for the bridge. Attenborough has written to Sabah’s Chief Minister Musa Aman, stressing that the planned 350m bridge spanning the Kinabatangan River would create a new barrier for migrating pygmy elephants.

The pachyderms are already being increasingly boxed in by encroachments on their traditional roaming grounds. A sharp increase in the size and number of palm oil plantations in the area has led to many local forest being decimated and fragmented ever further.

This fact has not escaped the attention of Mr. Attenborough, who has visited Sabah repeatedly over the years. “I have had many encounters with the magnificent and unique species with which your state is blessed,” Attenborough wrote in his letter to the minister. “If this construction is allowed to go ahead, I am left in no doubt that the bridge will have significant negative effects on the region’s wildlife, the Kinabatangan’s thriving tourism industry and on the image of Sabah as a whole,” he went on to argue.

Many conservationists will of course agree with Attenborough. Despite their vocal protests over the past months, construction work has already started on the government-funded RM223 million bridge. The bridge will connect the village of Sukau, with its population of 2,000 people, to a village on the other side.

Many local people have been fully in favor of the bridge, which they say will make their lives a lot easier by allowing faster access to nearby hospitals and conveniences. “We are concerned about our wildlife but we also cannot ignore the needs of people there,” a local councilman, Saddi Abdul Rahman, said.

The remote villages are currently served by a private ferry, “which is the only way for them to cross the river and can require several hours of waiting,” according to The Guardian newspaper. The councilman stressed that elephants would still be able to pass unimpeded via a 1km wildlife viaduct that would be constructed nearby.

Conservationists, however, beg to differ. They have decried the project as a “bridge to extinction,” saying it would pose an existential threat to the sanctuary’s residents, including the 300 or so Bornean pygmy elephants that live there. The local forests are also home to Bornean orangutans, proboscis monkeys, Malayan sun bears, clouded leopards, pangolins and myriad endangered species. 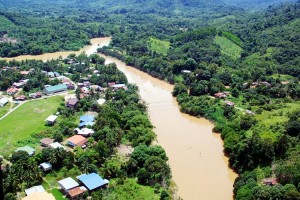 Thousands of locals would like to see a new bridge built over the Kinabatangan River. Photo Credit: Trek Earth

“Are we ready to sacrifice 10% of Sabah’s elephant population, 30% of Sabah’s proboscis monkey population and 10% of Sabah’s orangutan population?” Dr. Benoit Goossens, director of the Danau Girang Field Centre, wonders. “At a time when ecotourism in Sabah is … becoming one of the top sources of income to the state, are we ready to blow this massive opportunity of sustainable source of income for many generations to come?”

Attenborough agrees. “I strongly believe that Borneo is one of the most unique and biodiverse places on this planet, and that the world’s remaining wild spaces provide more than ecological services and opportunities for economic development; they also provide deep spiritual nourishment for ourselves and future generations of Sabahans and visitors alike,” the famed naturalist wrote.

Sabah’s Tourism, Environment and Culture minister Masidi Manjun has said the state’s cabinet was debating the matter “intensely” and would soon come up with a “policy direction,” pending the results of an environmental impact assessment report.

Here’s hoping the state’s politicians will make the right decision and scrap the bridge. If they have not heeded the advice of local environmentalists, perhaps they will now heed the advice of a world-famous naturalist.