Sea Turtles are back in Terengganu 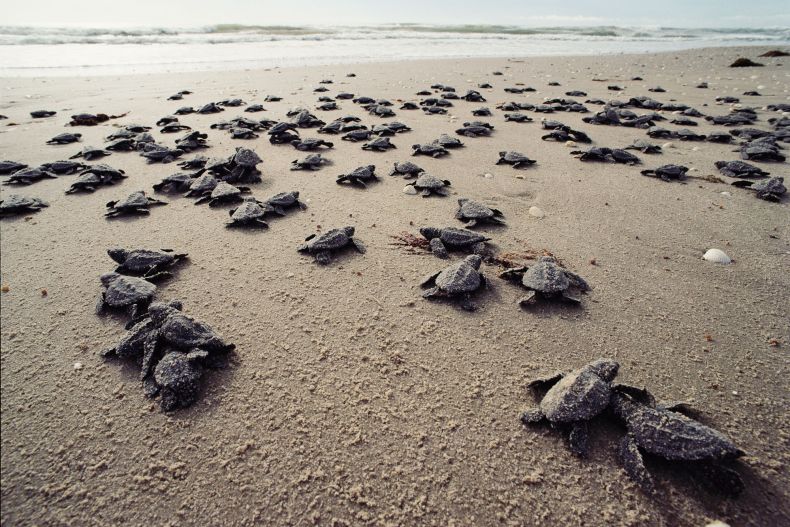 Sea turtles are back. At several beaches in Terengganu, that is.

Universiti Malaysia Terengganu’s Turtle Research Unit (SEATRU) says that at long last more turtles have been landing on some resort beaches in the state than they were doing for years.

SEATRU was set up by the university in 1993 after turtle landings on resort beaches like Rantau Abang had been declining precipitously. Back in the 1950s, up to 10,000 leatherback turtle landed on these beaches each year. But that was before Rantau Abang became crowded with holidaymakers. By the early 1990s, fewer than 50 sightings were recorded annually.

So the research unit’s staffers set to work. “We bought green and hawksbill turtles’ eggs from licensed turtle egg collectors at RM120 per nest (to incubate them),” Juanita said.

Simultaneously, in 2005 Terengganu turned several beaches on Pulau Redang into turtle sanctuaries while outlawing the sale of turtles eggs. Researchers collected all eggs laid by wild turtles and took them to incubators in an effort to boost the number of the reptiles artificially. Since 1993 the research unit has protected more than 13,000 turtle nests and successfully released a million turtle hatchlings, Juanita explained.

Such efforts indicate that conservation is a long-term project that can succeed, given some dedication, planning and adequate resources. In Labuan, too, similar initiatives have borne fruit. According to Anuar Deraman, the local director of Malaysia Marine Park, between 2010 and 2015, as many as 9,543 hatchlings from 10,450 eggs were released into the wild at four turtle landing sites locally.

“Overall, the life percentage of the hatched eggs increased every year since 2011. Our efforts to conserve turtles by hatching their eggs and releasing the hatchlings into the sea since five years ago are succeeding,” he said.