Peacocks lose out to Traditional Medicine 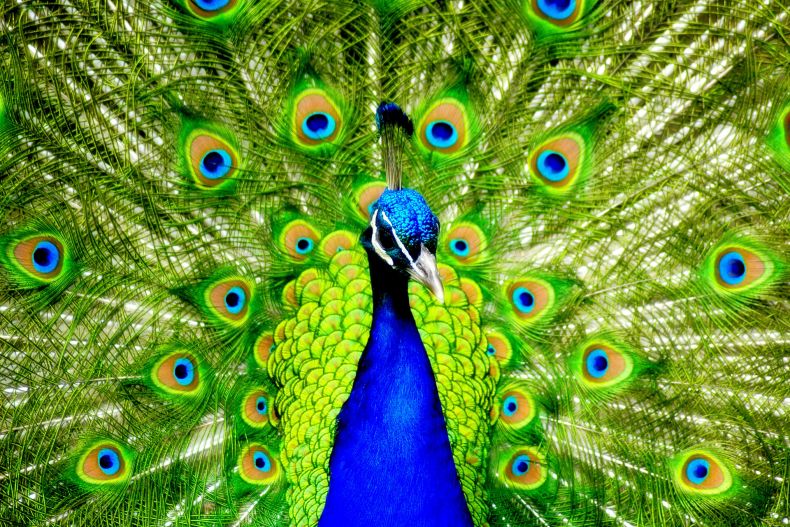 Peacocks are losing out both to rampant encroachments on their habitats and to equally rampant poaching fuelled by 'traditional' medicine. Photo Credit: Pinterest

Peacocks are flamboyantly ostentatious birds with giant iridescent tails of blue, green, gold and red that they deftly employ in courtship displays. Unfortunately for the birds, their flashy tail feathers have also caught the eyes of people. Peacocks have long been hunted as trophies and kept as pets.

Sadly, the birds are also used in traditional medicine in India. According to a report by the anti-wildlife trafficking organization TRAFFIC, practitioners of Ayurvedic and other traditional medicinal schools in the country mix peacock feathers, legs and various organs into their potions, which they then prescribe for a host of ailments from morning sickness to hiccups.

Silly, yes. Yet such unfounded beliefs in the body parts of rare and unusual animals have dire consequences for wildlife, from sun bears in Southeast Asia to peacocks in India. Because of high demand for their feathers and organs, the Indian blue peafowl (Pavo cristatus) has seen its numbers on the subcontinent drop precipitously because of rampant poaching. 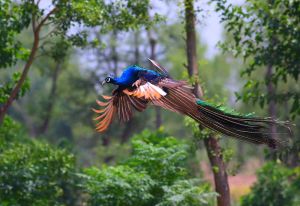 A peacock in flight is a majestic sight. Photo Credit: Flickr

Although peacocks are national birds in India, there may be no more than a few hundred thousand wild specimens left in the country. Only a few days ago five peacocks were discovered dead in Rajasthan: the birds all had their necks broken. As if rampant poaching was not enough, peacocks are also routinely poisoned by farmers who want to keep the birds off their crops.

Does this ring a bell? It should. Malayan tigers, Sumatran rhinos and myriad other iconic animals in Malaysia and farther afield across the region have fallen on very hard times both as a result of habitat loss and because their body parts continue to be widely sought in “traditional” medicine. Atavistic beliefs attribute awesome curative properties to those body parts and remain resistant to reason, common sense and evidence that all indicate that there is no such curative property to be had in any of commonly used animal parts.

Take this bit of charlatanry from India. Practitioners of traditional Indian medicine, TRAFFIC explains, make powders out of the dried legs of peacocks and then add the powder to hot sesame oil. They subscribe the resulting concoction for joint pains and fractures. “The carcasses are displayed to carry conviction with the buyers about the genuineness of the product,” TRAFFIC notes.